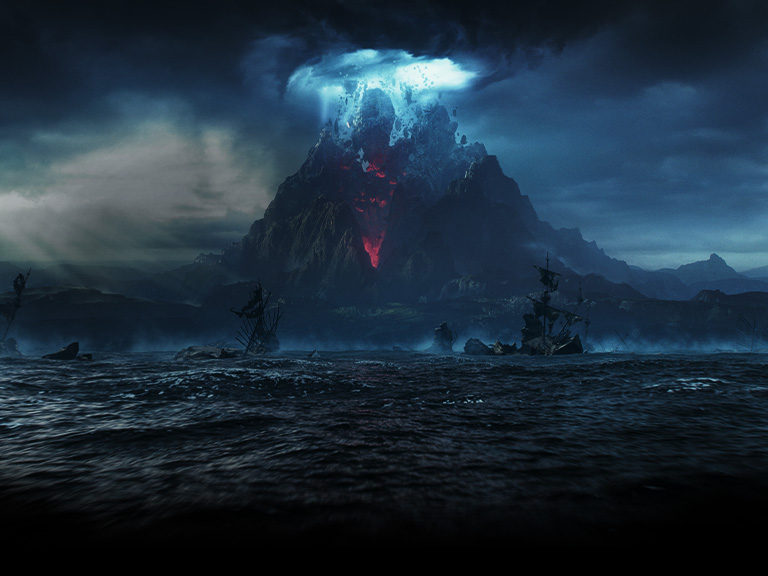 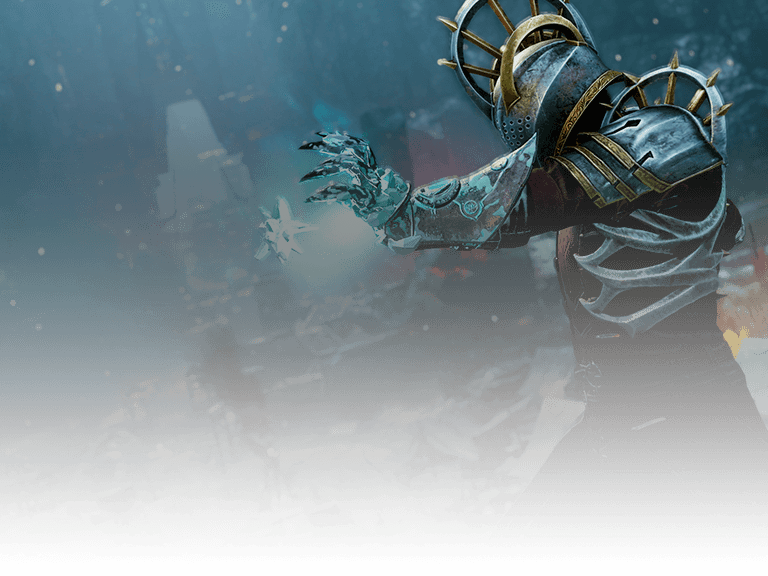 From tattered rags to powerful hero, you'll grow in might, skill, and influence your adventure in Aeternum.

When and how you progress is up to you: each gathered plant, tanned hide, slain foe, or completed quest will make you better at the particular skill or weapon you're using and will also contribute to your overall character level. 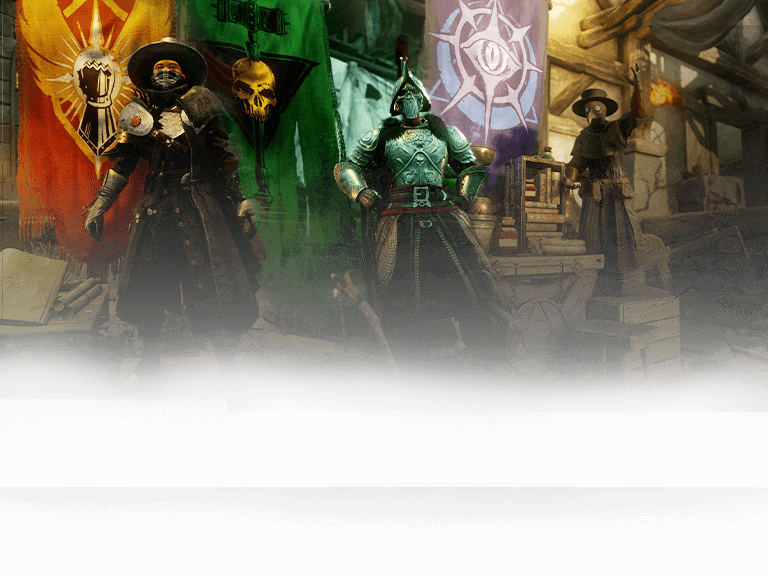 At the core of the New World’s social features are the three factions, organizations of like-minded players that vie for control of towns and territories. Choose to join the Covenant, Marauders, or Syndicate to wage war and claim, defend, and develop your faction’s territory. 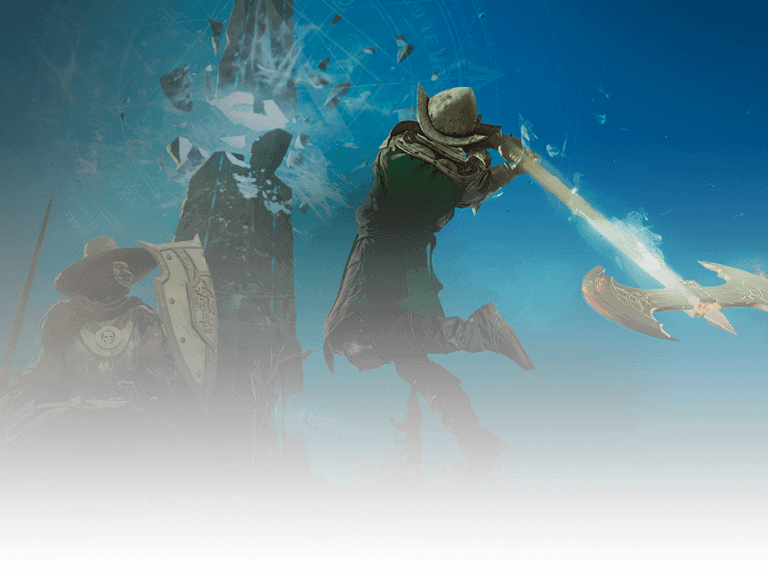 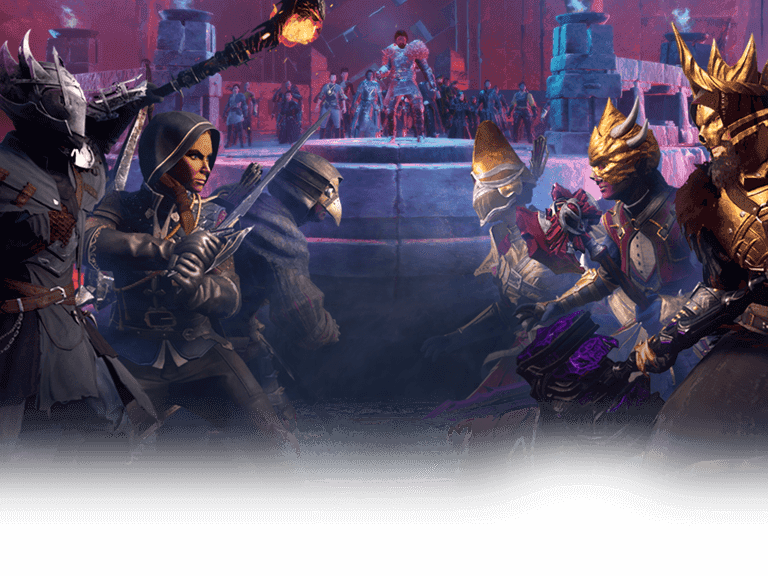 Teams of 3 face off for fame, glory, and riches in a small-scale PvP battle mode. 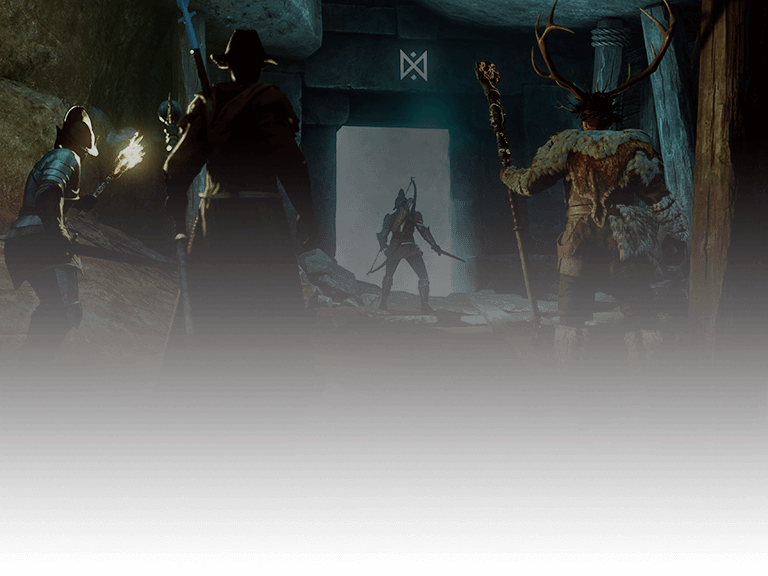 Join with four other allies and enter instanced dungeons in the deepest depths of Aeternum to face deadly foes, uncover mysteries about the island, and discover valuable loot. 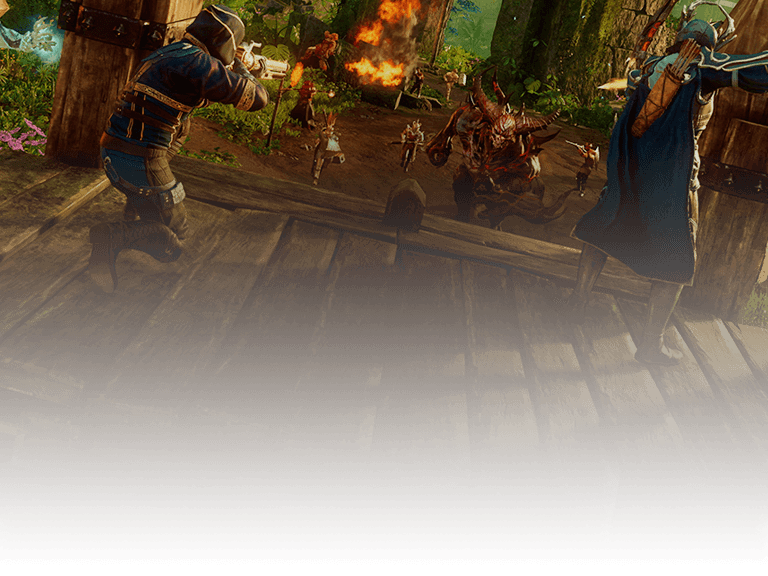 Teams of 20 players from two competing factions fight for control of fortifications and resources. 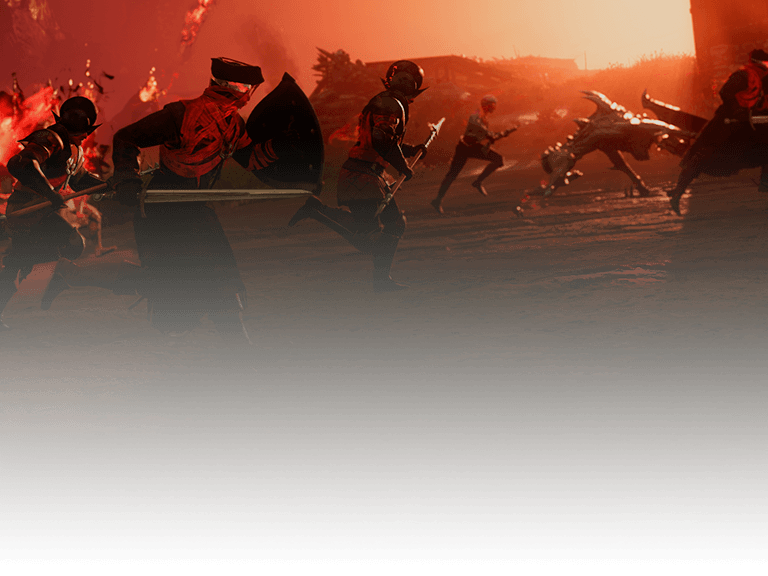 Groups of 50 max-level players rally together and fight off waves of attacking armies of monsters. 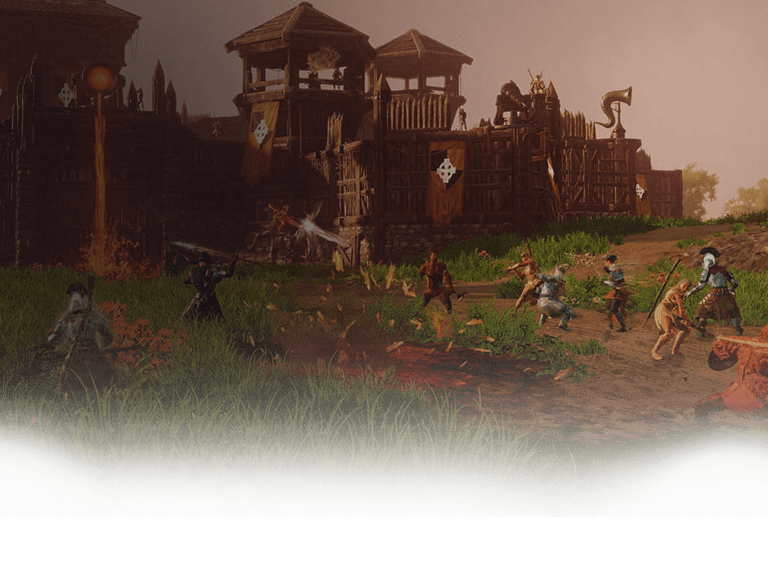 Epic siege warfare with 50-player teams of attackers and defenders fighting for control and victory. 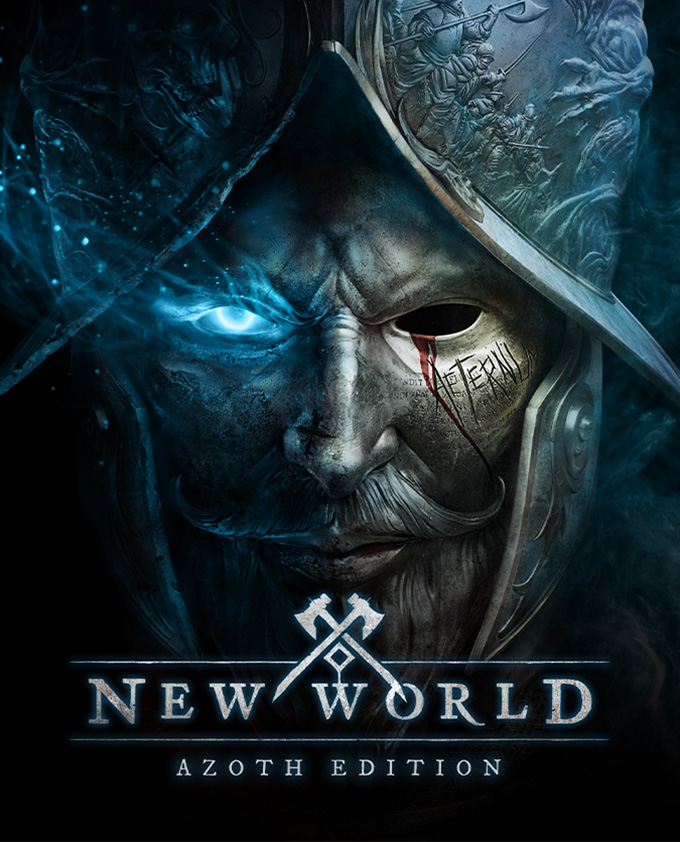 Prepare to carve your destiny on the supernatural island of Aeternum with the New World Azoth Edition. 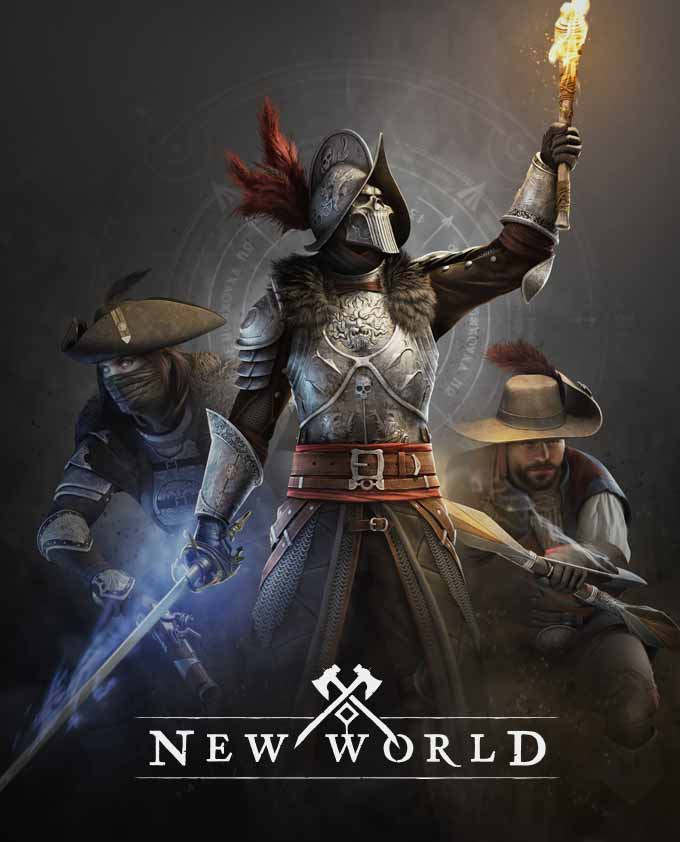 Enter the land of Aeternum ready to face the supernatural frontier with the New World Deluxe Edition. 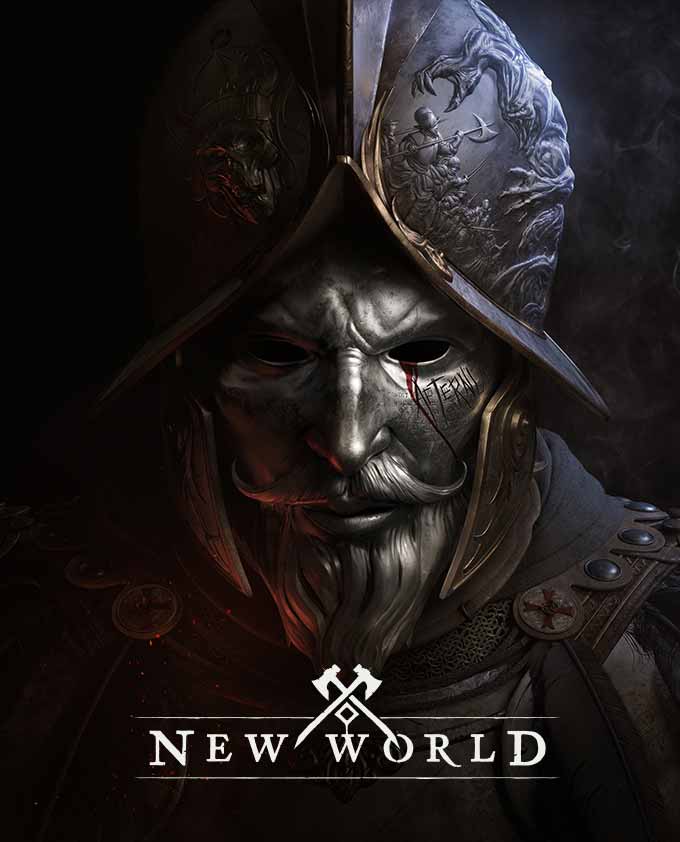 Fate has summoned you to the shores of Aeternum, the Eternal Isle. In a land hell-bent on your destruction, what will you do to survive?