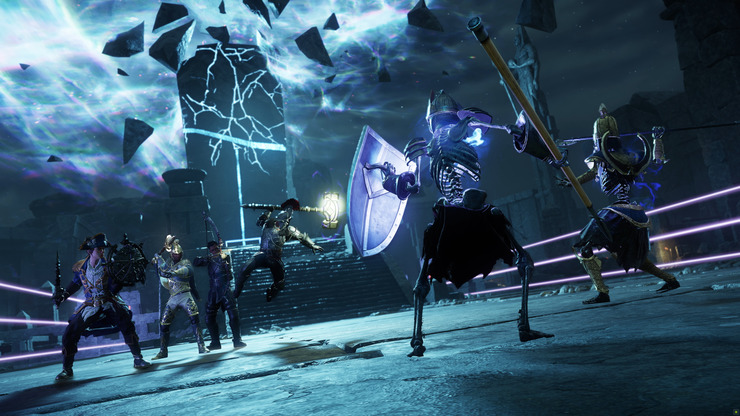 With well over a hundred notable fixes and updates to make movement, combat, and actions feel smoother on a moment-to-moment basis, this month’s release is all about bug-bashing and improving the quality of life in Aeternum. We’ve also done a tuning pass on Outpost Rush from balance to rewards. Our development team is continually working on improving the New World experience and they thank you all for your patience and reports that you continue to make on the official forums. Checkout the full list of bugs we’ve squashed alongside the various improvements, balance changes, and other updates below.

Azoth cost for fast-travel has long been a pain point for players trying to complete quests, deposit items or just exploring the wilds of Aeternum. With an already high base cost plus additional penalties for distance and encumbrance, it could feel like getting to the next step of your quest was more of a burden than it had to be. In order to ease this burden on traveling, we are reducing the cost of fast-travel as well as the cooldown on recalls to your last inn:

We realize these changes will significantly reduce the sinks for Azoth and will result in many players having more than they can use in the immediate future. We are also aware that it will result in Faction Control Point bonuses for certain regions being nullified. While we are planning out ways to address these issues in a future update, we didn't want that to get in the way of improving your travel experience today.

Void Gauntlet is currently a little too effective at locking down and killing targets before they can recover from the root on Petrifying Scream. We are increasing the cooldown on Petrifying Scream to lower the frequency of this kill combo and lowering the damage of Orb of Decay to make it less likely to kill tougher targets. As Orb of Decay already has many other functions — including healing and debuffing — we feel like it’s safe to reduce its damage in this way without hurting the ability’s overall viability.

We’re seeing a lot of players taking rapier as a secondary weapon for it’s defensive capabilities over its offensive ones. While we expected this behavior in a dual weapon system, we currently feel like this loadout is a bit too effective at running away. As a result, we are increasing the cooldown of skills in the Grace tree. To offset the longer cooldown of Evade, we are swapping the upgrades Crescendo and Breathe In so that players using Evade offensively have better access to cooldown reduction.

We’ve heard your feedback that the changes to Gravity Well on the PTR went too far in terms of reducing its effectiveness, so we went back to the drawing board and are trying a different approach. This new version of Gravity Well includes a root that occurs after the initial pull to help hold your targets in place and includes a stronger slow after the pull to make it harder for foes to escape the damage pulse without using a movement ability.

Please note, in the February Team Update video, we mentioned that we would be reducing the logging XP needed to level up in this update. This change will occur in an upcoming weekly update. Additionally, We have seen multiple reports of issues with tuning orbs not having the correct cooldown after our February Update. The dev team has identified the issue and are working to correct it. We apologize for the inconvenience this confusion has caused. 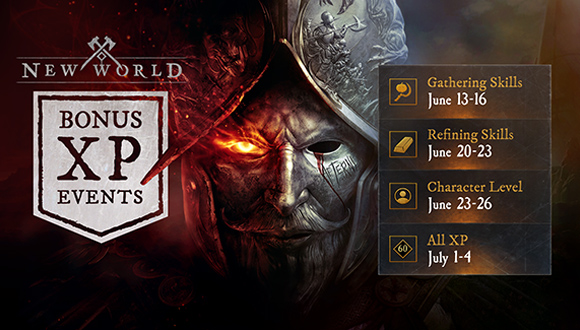