New World offers both PvP and PvE gameplay, and balancing these two modes is as important to us as it is to many of you. As we work toward launch and continue to introduce new features and content, we’d like to elaborate on our vision for PvP. If you’d like to jump directly to the April Alpha Test Release Notes, you can find them here.

It’s important to us that players choose how they want to play. Our vision for New World is to have PvP and PvE gameplay not only coexist, but complement each other so players can bounce back and forth between focusing on PvP and PvE. Our goal is for players to receive equal rewards for the same time invested with similar risk.

While a player will never be required to flag for PvP, we certainly want PvP to have a unique and meaningful role in Aeternum. Open world PvP and Wars will allow players to lay claim to Aeternum through conquest and provide benefits to all players in their faction. Our April alpha release introduces new features to further support these goals. 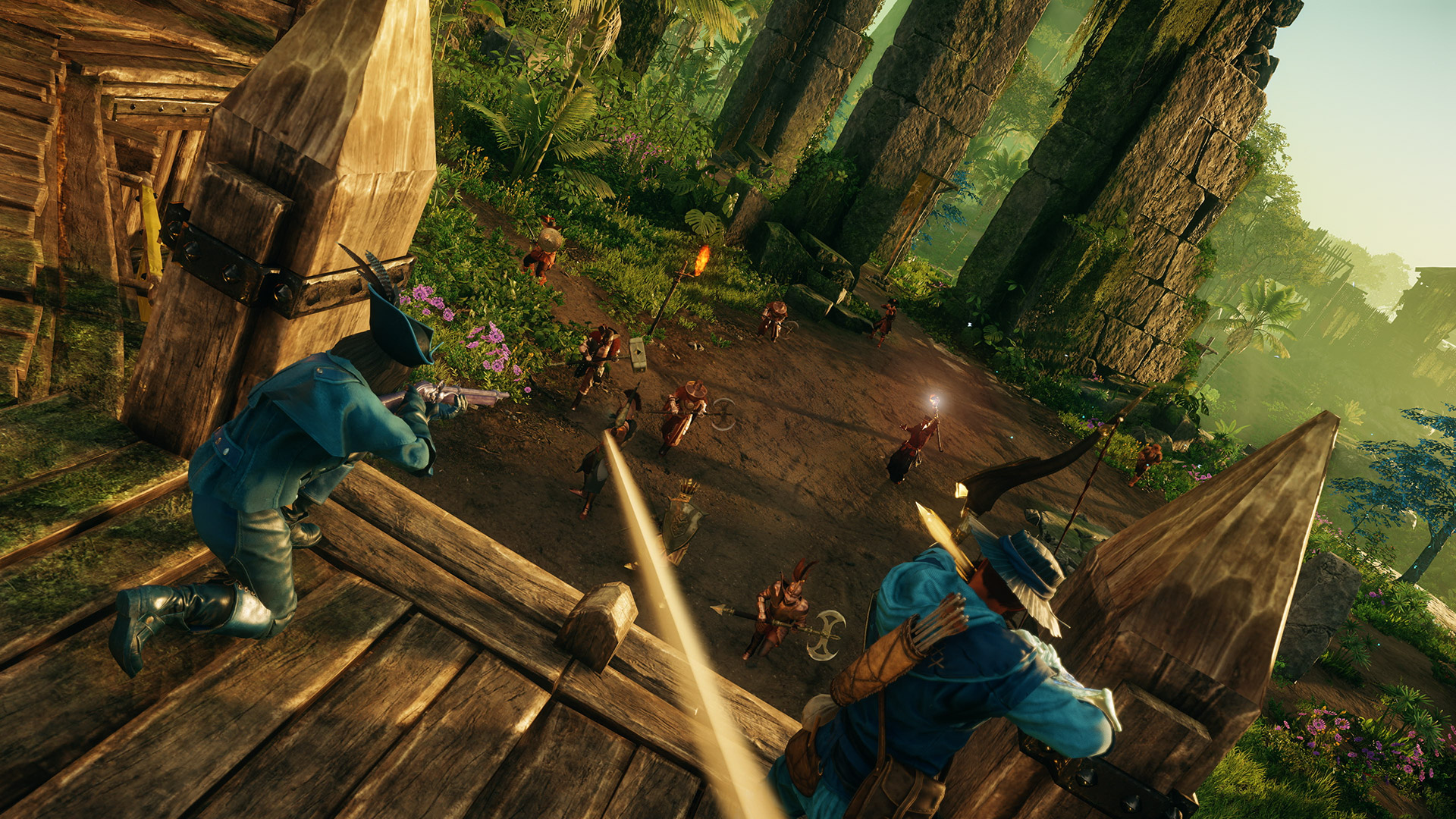 Since other major PvP activities like Wars and Outpost Rush are scheduled or instanced, we wanted to create PvP hotspots in the open world to help foster and concentrate PvP. We also felt that the forts found in each region were underutilized, and we wanted to give players reasons to adventure into these locations outside of Wars. We’ve turned each region’s fort into a PvP control point that will provide both territory and global rewards for the controlling faction. These faction control points will give players a way to engage in open world PvP that directly benefits their faction.

Territory forts will now require players to be PvP flagged to enter them. Forts will have a control point which players will battle to claim. If a faction has more players inside the control point than any other faction, that faction will begin to slowly capture the control point. The more players that faction has inside the control point, the faster they will capture it. The status of each fort will be visible on the world map, so everyone can see which factions have claimed forts and which forts are currently being contested. When rival factions are assaulting a control point, region-wide messages will alert players that the location is being contested and draw further attention to the location. Control points will be available to contest immediately upon another company claiming that territory. The only times control points will be inactive will be just before and after Wars and Invasions.

Faction Control Point rewards are about long-term value and controlling specific locations to earn buffs specific to that location. Control points don’t grant immediate rewards, but instead provide faction members with a 5% increase to experience gain and 20% increase to influence gain within that territory. Additionally, each fort location has a unique global buff for their faction, such as decreasing specific taxes or decreasing Azoth costs for fast travel. You can find the full list of rewards and buffs in the April patch notes.

We will be monitoring player reception and activity at each of the control points for data and feedback to help us further tune the mechanics and rewards.

Territory ownership is a big part of the New World experience. With the inclusion of territory control incentives, our goal is to entice more players to take part in claiming and protecting territory by making the rewards of settlement ownership more appealing. Benefits to being part of the faction that owns specific territories include linked storage between settlements owned by the same faction and a resource cart in each town that provides small amounts of crafting materials to faction members, in addition to the previously existing benefits related to fast travel, gathering volume, luck, and more. These bonuses will be suspended if a territory’s taxes are not paid. Read full details in the April patch notes.

To provide an alternate PvP experience to the ongoing War for Territory Control and open world PvP, we introduced Outpost Rush into the Alpha Test last month. Whether you prefer PvP or PvE, Outpost Rush is an endgame 20 vs. 20 battle where teams must coordinate and balance their time gathering resources, building up their outposts, capturing objectives, and defeating enemy players. Level 60 players can jump into Outpost Rush solo or as a group of up to 5 players. 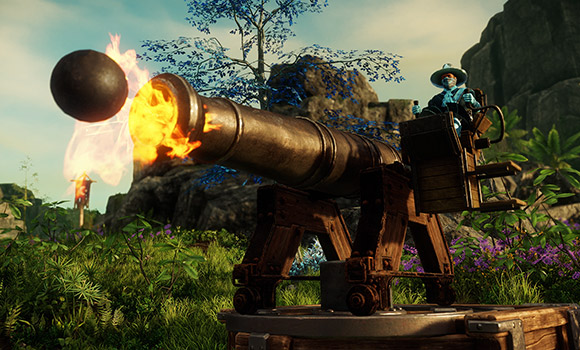 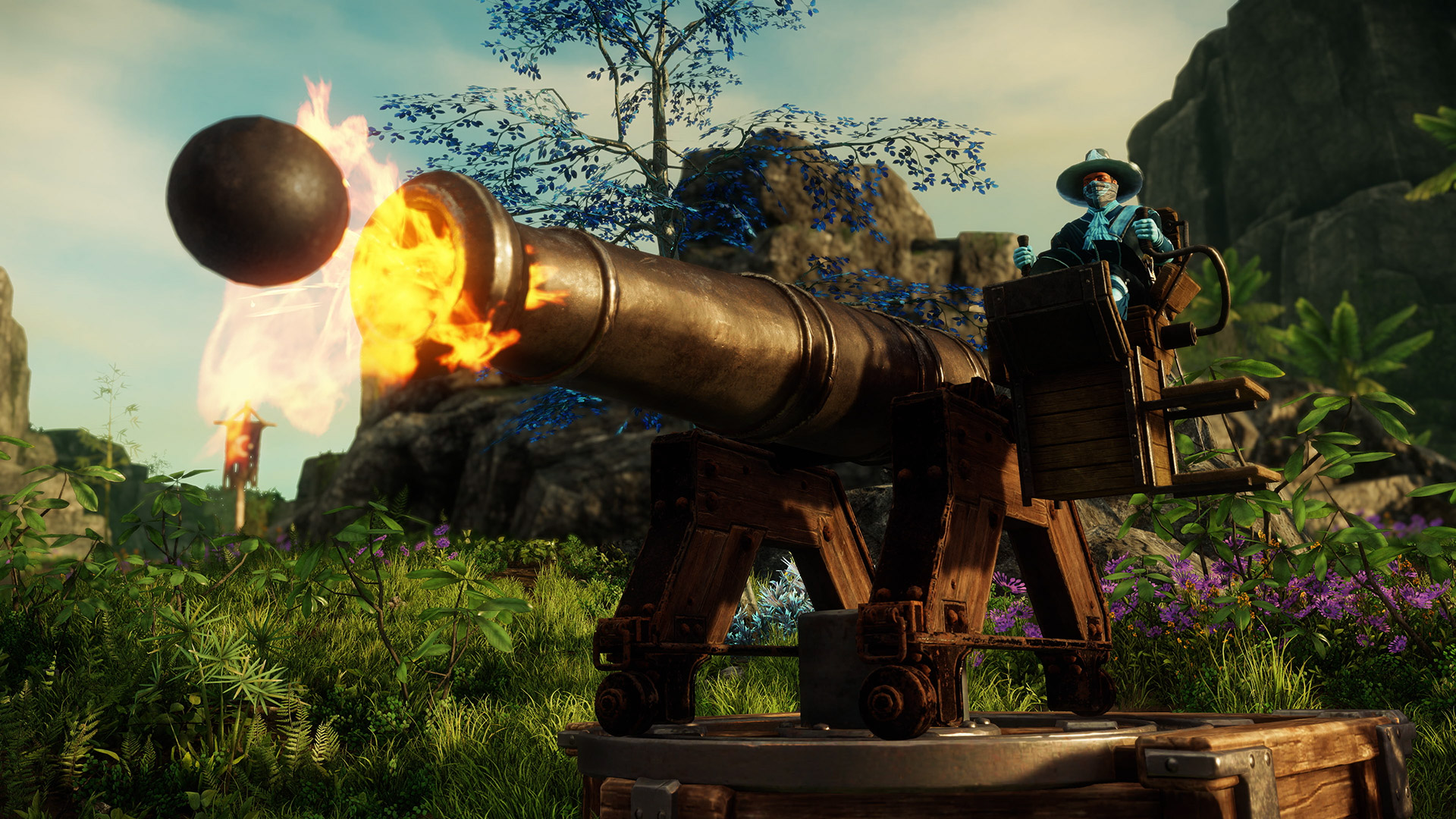 96 KB
How To Participate

Each team will start in their own fort on opposite sides of the map. Between the two forts you’ll find three outposts: Luna, Sol, and Astra. Each outpost can be captured by standing inside its capture point. You gain points for holding outposts and killing enemy players. Outposts grant 1 point every 3 seconds, and PvP kills are worth 1 point. The first team to reach 1,000 points wins! While the rules of engagement are straightforward, there are several components to each Outpost Rush match, so you have multiple ways to secure victory. 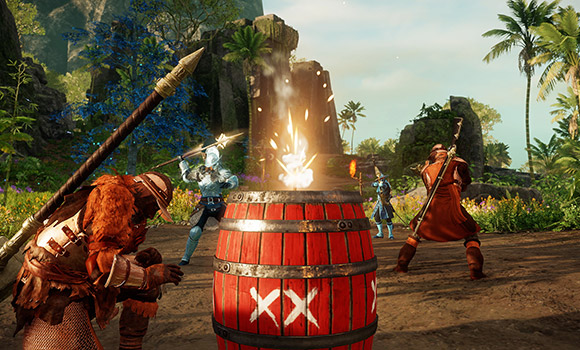 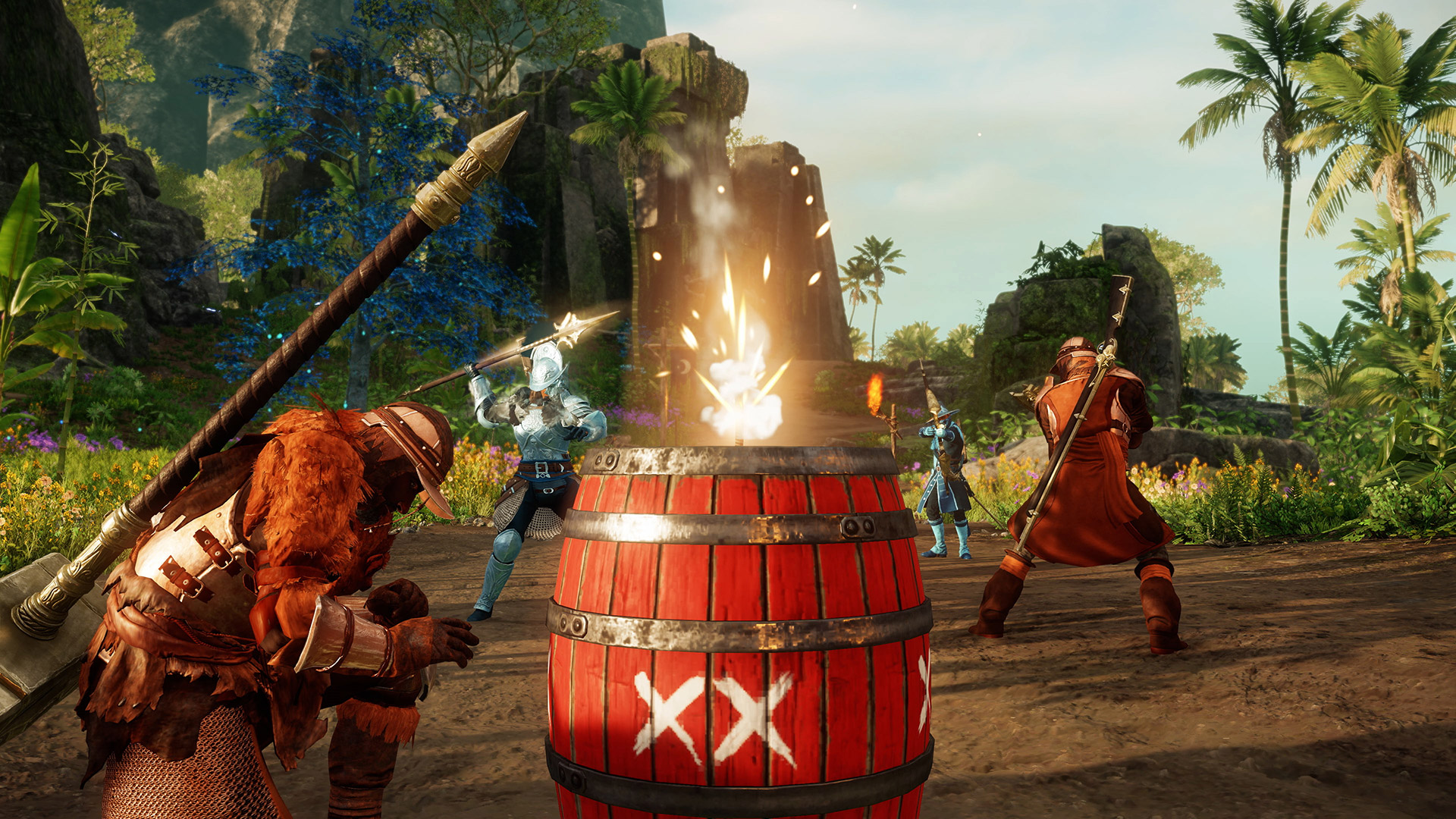 We understand the importance of meaningful and rewarding PvP for our players who love that gameplay. We will continue to collect data and feedback on existing PvP features and content from our alpha testers. We also have plans to to grow our PvP offerings in our post-launch roadmap—after all, launch is just the beginning! As development continues, follow @PlayNewWorld and stay tuned to this site for more updates.