Forged in Aeternum - Why Some Features Are Hard 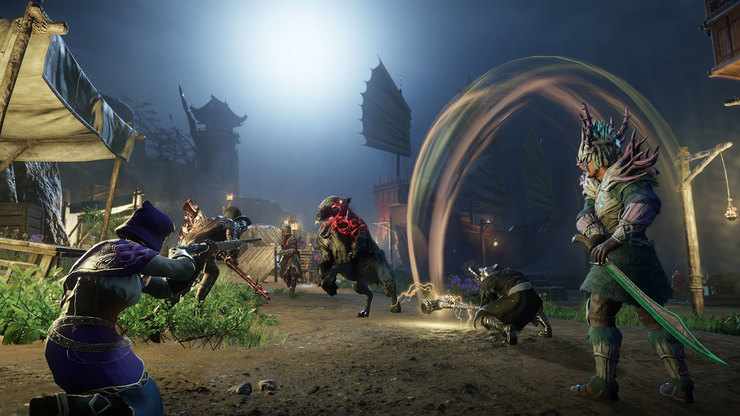 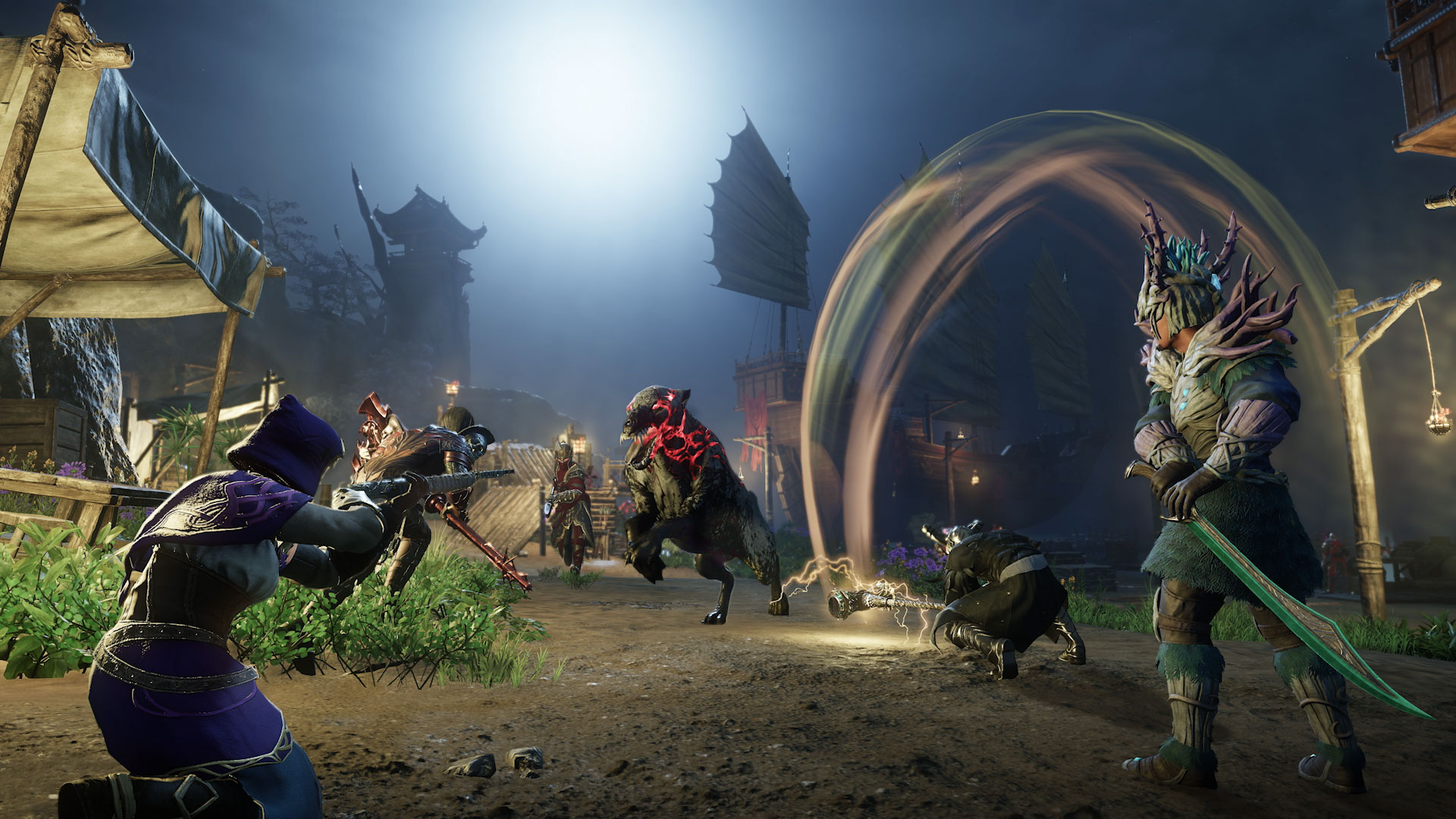 The Development Team is often asked why don’t you “just” do this, but unfortunately the word “just” almost never works out. The most important metric when making new features isn’t difficulty, it’s time. Some new features are worked on for an entire year before they reach players. That extra time goes toward ensuring the feature works at scale, is performant, and doesn't have bugs. It also allows the team to deliver more enjoyable experiences.

Many players might think developers can implement anything with enough time. However, even technology has its limits. Find out why each world doesn’t hold 30,000 players, why new weapons aren’t constantly released, and more in the video below. 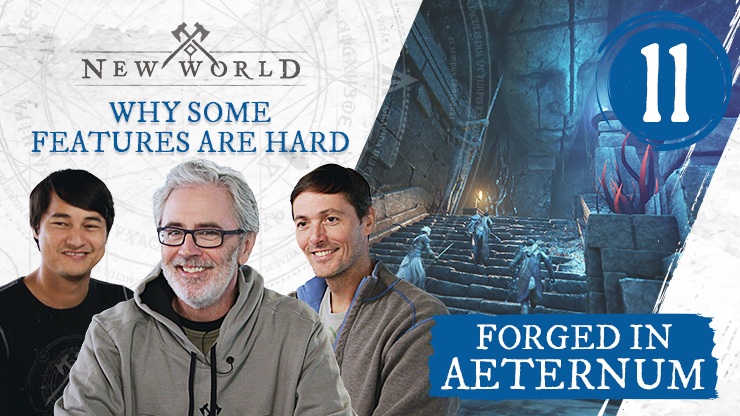 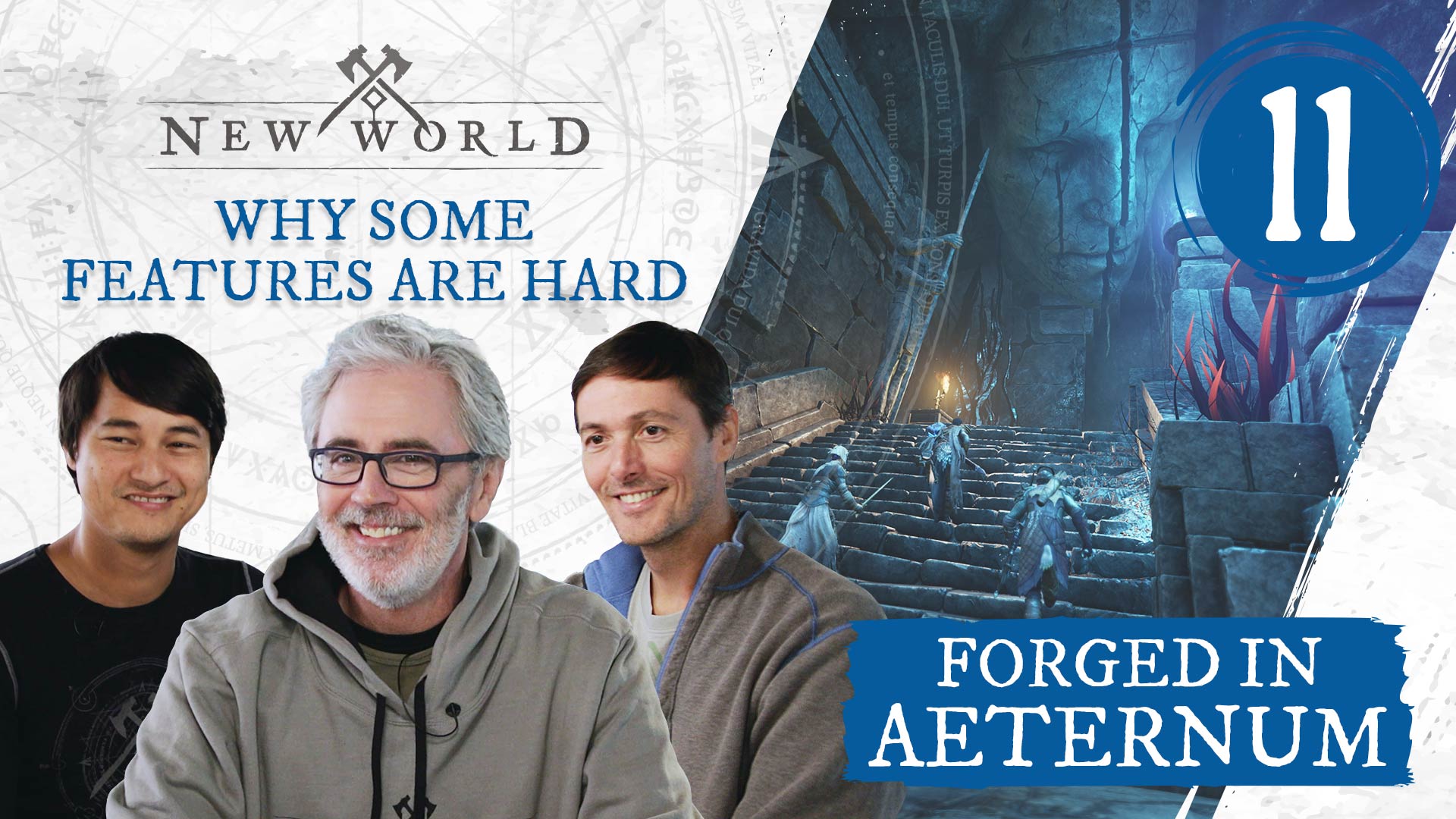 166 KB
What one feature would you like us to add to New World? Let us know on the forums, Reddit, or YouTube comments section. Thanks for your support! We’ll see you in Aeternum.
Condividi
Precedente Successivo
Articoli recenti
Generale

122 KB
Forged in Aeternum - The History of Azoth
Generale

68 KB
Forged in Aeternum - Why Some Features Are Hard
Generale