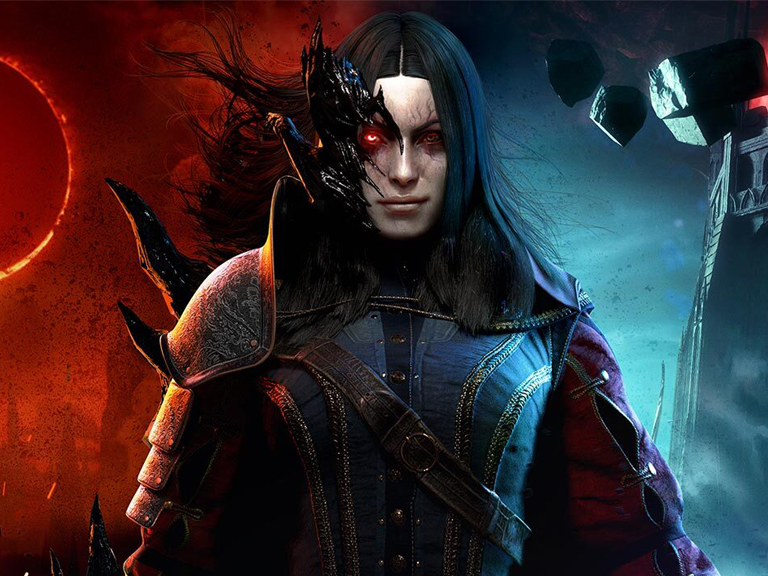 The main story questline picks up as you pursue Isabella back to Shattered Mountain. The final quest, The Heart of the Tempest, is given by Yseult Meredith, located at Mountain Home Outpost in Shattered Mountain. Additional repeatable quests can be taken from Mara Rosa, in the cathedral just south of the Expedition entrance.

The final showdown against Isabella has arrived, as you delve deep into the Tempest’s Heart Expedition. Pursue the Tempest into a corrupted dimension of reality, through the twisted capital city of Myrkgard. Discover the secrets of her past while you dive deeper into her corrupted mind.

The Tempest’s Heart is an endgame expedition for 5 players. Recommended for level 60 players with Gearscores between 550 and 570. 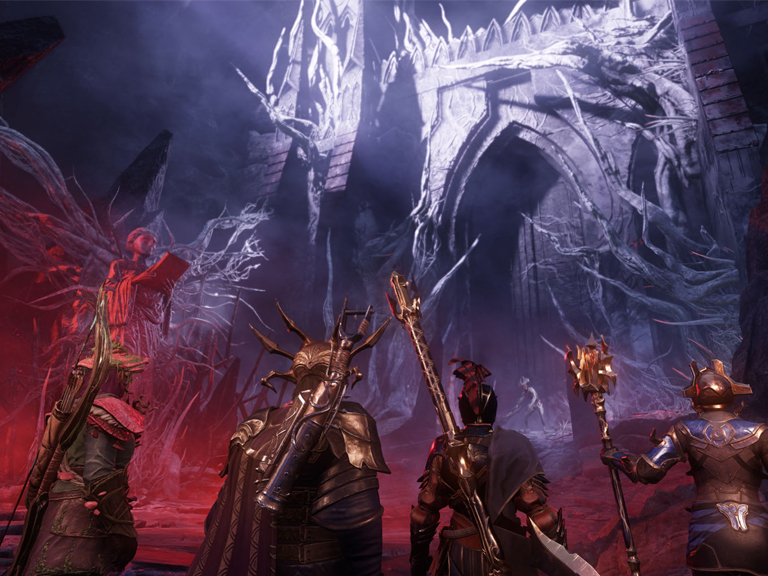 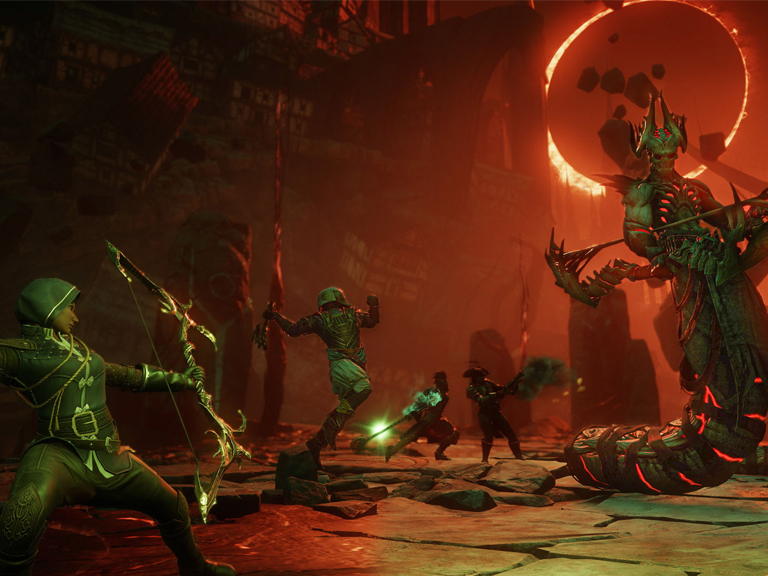 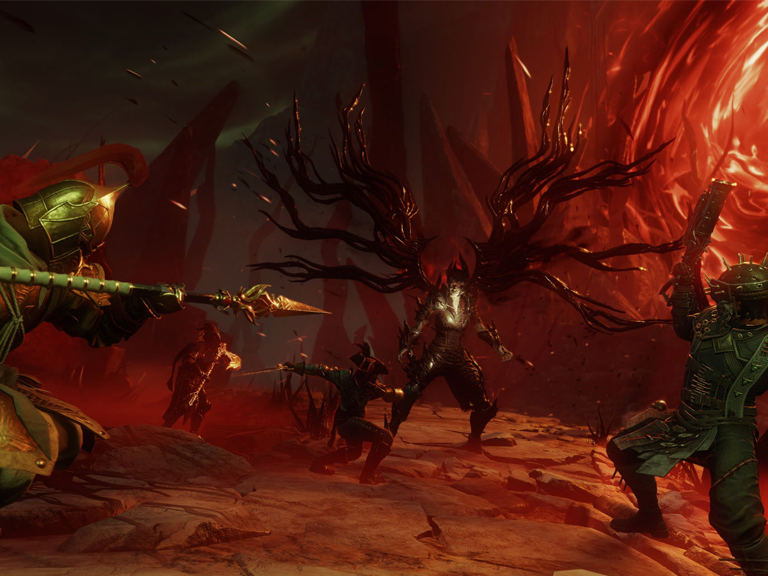 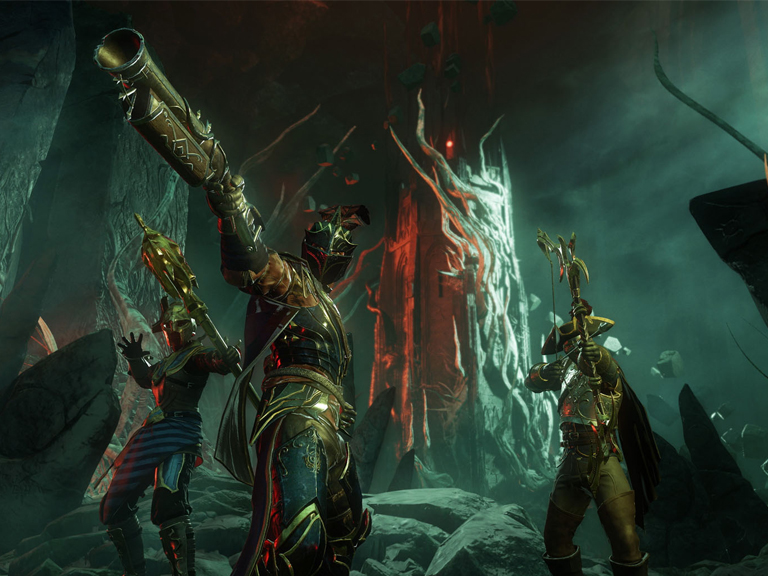 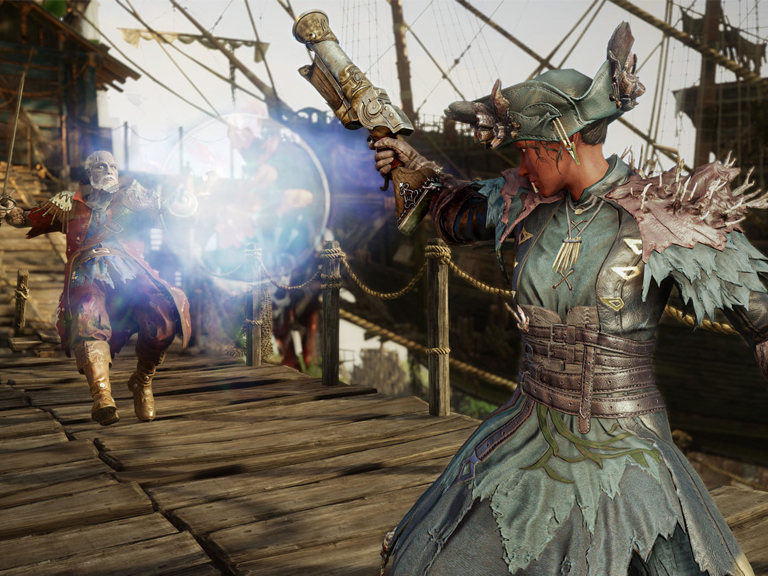 New experiences have been added across the world for players to discover.

Two easels can be found in each territory. Upon interacting with these easels, players will be given a painting of the view for their house. If a player loses their painting they can reacquire it by visiting the same easel again 24 hours later.

Rafflebones rummages around Aeternum for lost treasures and goods. He will spawn all around the map at various levels in every territory. When players encounter Rafflebones they will have 45 seconds to kill him in order to get rewards or else he’ll flee! Players will always be awarded a named weapon. Additionally, level 60 players will be given Obsidian Gypsum on kill of any level Rafflebones. Rafflebones that are found in zones that go above level 60 will award level 60 players 500 Umbral Shards.

Stinky the Legendary Hunter can be found wandering around the swamps of Weaver's Fen throughout the day, while at night he retreats to his humble abode. Stinky can drop three named items for level 30 players: Stinky's Keepsake, Stinky's Sharpshooter, and Stinky's Hatchet.

A population of yeti didn’t get the memo that the Winter Convergence has passed and can be found wandering the frozen wastelands of the Great Cleave. These Yeti drop level 45 standard elite rewards.

New random roadside encounters can be found along routes in Weaver's Fen and Restless Shores.

Revamped the layout and encounter experience for Unbound Island in Cutlass Keys. Go forth and uncover the curse of Benjamin Boatswain’s ill-gotten treasure! (For early level 30 players).

Revamped the layout and encounter experience for Andrometus in Weavers Fen. Blight continues to spread from Lepus, threatening to consume Aeternum. (For mid level 30 players)

In this update, we’re making a highly requested quality-of-life improvement: you can now move while using your inventory! Whether you’re using directional inputs or auto-run, opening your inventory will no longer stop you in your tracks. Feel free to examine your loot or swap your gear while running to your next point of interest. Be careful while you're on the move though because you won't be allowed to change equipment if you're in combat. Which brings us to the next new feature...

The new “In Combat” System tracks when the player is actively engaged in any type of combat and restricts some actions accordingly. When a player enters combat, their health, mana, and stamina bars will become visible and a crossed swords icon will appear to the right of their health bar. While in this state, the player will not be able to change abilities or equipment. This replaces the previous functionality that prevented abilities and equipment from being changed while abilities were on cooldown. There are also a few new benefits to being out of combat.

Out of Combat Healing

While players are out of combat they will now receive passive heath and mana regeneration. This bonus regeneration is intended to shorten the time needed to recover between combat encounters and has the following benefits: