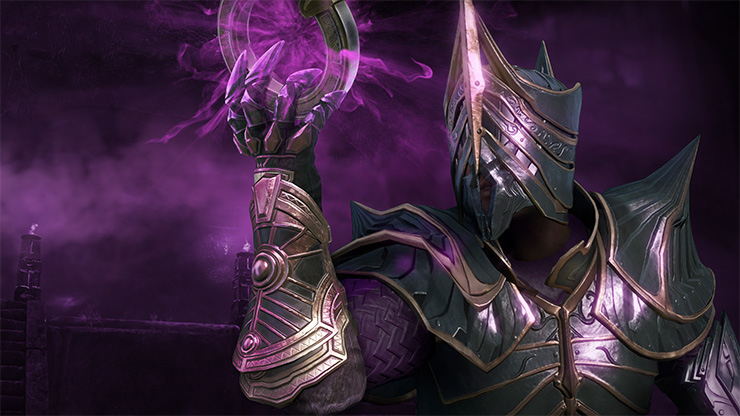 Our goal is to provide you with the best possible experience in Aeternum. That means getting feedback and testing early and often— especially with our players that have provided phenomenal feedback and helped us track down a plethora of issues since launch. We have many new and exciting changes planned for the future of New World, and as part of that preparation, we’d like to introduce a new program: the New World Public Test Realm.

The Public Test Realm (PTR) is a limited-availability server-set that will give players an early look at upcoming features. These preview builds are snapshots of upcoming major updates and are not final versions— you may encounter bugs, crashes, missing text, or other issues. Between our internal testing efforts and your feedback we hope to catch and resolve all serious issues before they reach the live servers. Hundreds of changes have been made and the full release notes will be shared on release day.

By the end of today, everyone with a copy of New World will find the New World Public Test Realm application in their Steam library. Downloading this stand-alone application allows interested players access to check out the latest preview version and provide feedback. PTR servers will officially open tomorrow, November 10, at 12 PM PT (7PM UTC). Servers are limited — at the start, there will be one world available in US East and one world available in Central Europe.

If you encounter a bug, exploit, or have suggestions to improve a feature or piece of content, we’d love to hear your feedback on our new PTR sub-forum (you can also utilize our in-game feedback tool). We will do our best to address as much of your feedback as possible before the content update makes its way to our live servers. Your participation will help us to deliver awesome content and updates in the future!

During this iteration of the PTR, we would appreciate feedback on the following subjects: 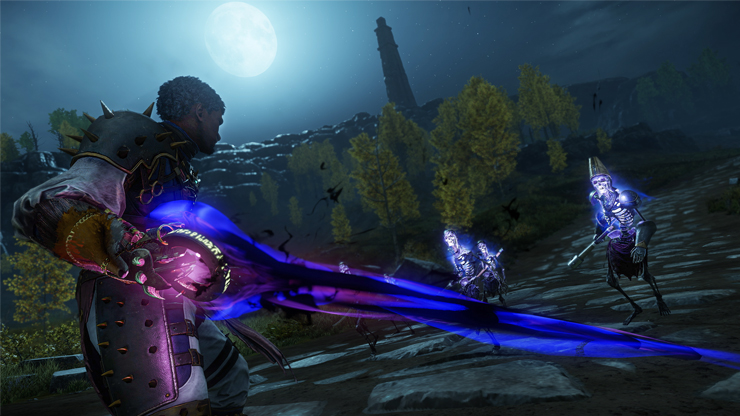 The Void Gauntlet has manifested in Aeternum! Manipulate the powers of the Void to support your allies and debilitate your enemies with this magical DPS/support hybrid. It’s the first weapon to scale on both Intelligence and Focus, making it a great pairing with the Life Staff and other magic weapons. The Annihilation tree focuses on maximizing damage at close-range and revolves around Void Blade, a summoned blade of corrosive void energy. The Decay tree offers ranged healing and debuffs and revolves around Orb of Decay, a dual phase projectile that can debuff enemies and heal allies. With its arsenal of buffs and debuffs, the Void Gauntlet is perfect for group combat and can significantly bolster your allies at the expense of your enemies. 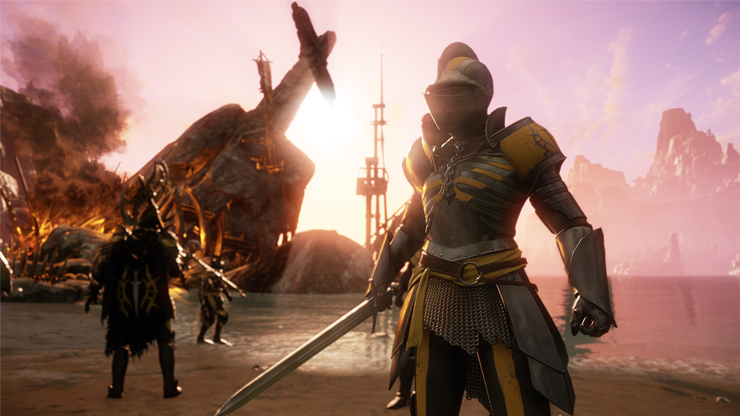 New dangers have landed on our southern shores! The Varangian Raiders have sailed down from the north and brutally carved out sections of each territory to establish a base of operations: from war camps on the beaches of First Light and Monarch’s Bluffs to an entire fort they’ve captured in Everfall. Face off against fierce Varangian Hewers, Varangian Scouts, Varangian Knights, and Varangian Archers (level range: 16-20) as you ascertain their true intentions.

Reinforcements have arrived! Be on the lookout for new enemies scattered across Aeternum, such as the Withered Swarmancer, Beetle, the Lost Shaman, Pirate Alligator, Ancient Guardian Skeleton Mage, and enhanced Corrupted Laborers! These additions will bring unique combat encounters to our lower-level open world experience.

What brings these new and ruthless visitors to our shores? Seek out Abigail Rose in the wilds of Western Everfall to get started on one of two new quests available, which deal with the arrival of the Varangians. While their motives for coming south may remain a mystery, one thing seems clear… this is just an expeditionary force – more will come.

Alongside the release of the Void Gauntlet, we’re also releasing a new Legendary Weapon Quest series. Upon reaching Level 60 and maximum skill level with the Void Gauntlet, players should seek out Antiquarian Abbington in Reekwater to start this epic endeavor. Note that you’ll need to have completed “Magaki’s Strategem” in Shattered Mountain and Legatus Fulvius’s quest series in Reekwater to qualify.

Quests in the main storyline have been improved with new task types and quest variants, including wave events, destructible objects, and proximity nodes for tracking. You’ll see some of these as you progress through the story, and more improvements are still on the way.

Our goals is to add more variety for PVP players and create a balanced experience for players highly engaged with territory control. Three brand new PVP Faction Mission types have been added! In addition, almost all PVP missions now reset on death rather than being forfeited. Note that poach missions have been removed for a better directed set of PVP missions.

We think this is an exciting opportunity to collaborate more closely with you, and we look forward to working with you all on improving New World. Thank you so much for your participation!

Can I play with or transfer my live characters to the PTR?

Can I provide design feedback regarding what’s included on the PTR?

I have a problem; how can I contact Customer Support?

I don’t want to participate in the PTR, can I remove the app from my library?