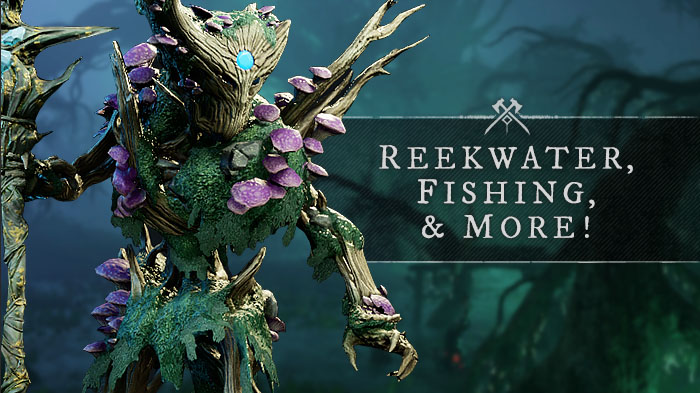 Greetings, adventurers! We’re excited to announce the discovery of a brand-new zone, Reekwater, in this month’s Alpha Test update. Veteran adventurers (level 58-60) can challenge themselves in the swamps of Reekwater, a dilapidated fishing village that plays home to a new set of foes. And what would a fishing village be without, well, fishing? We’re pleased to introduce Fishing as a new tradeskill (plus some fishing poles for Engineers to craft!). This release also brings in some quality of life changes, with adjustments to enemy AI and difficulty levels, combat, UI, and more! Take a look at the details in the patch notes below.

This vast, densely wooded, supernatural swamp was given the name “Reekwater” by fisherfolk, who gathered there to take advantage of the area’s many prime fishing spots. The name stems from the pungent and sickly sweet smell of decay that pervades the entire region. The original settlement, Bayou Village, was seen by its builders as a “new Venice,” built on the submerged ruins of an Ancient residential district. Those grand hopes were shattered with the arrival of the Siren Queen's flotilla and her rapid expansion of power. The settlers of Reekwater were forced almost entirely out of the territory—and those unable to leave or hide were dragooned into work crews for the Siren Queen. Her reach stretched across most of Reekwater, even as both she and her crew became Lost. Now, she has turned her sights on the Angry Earth, capturing them to drive her plans as she desperately searches for any way to regain her lost soul, an all-consuming quest that forces her to take greater risks for any chance of success. 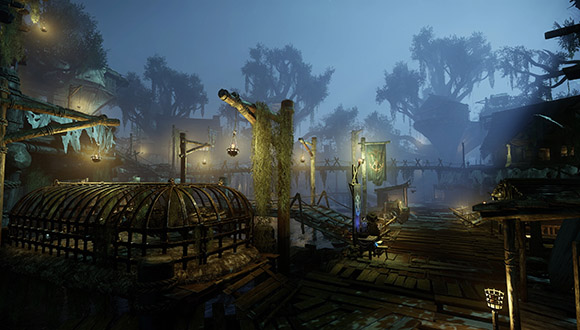 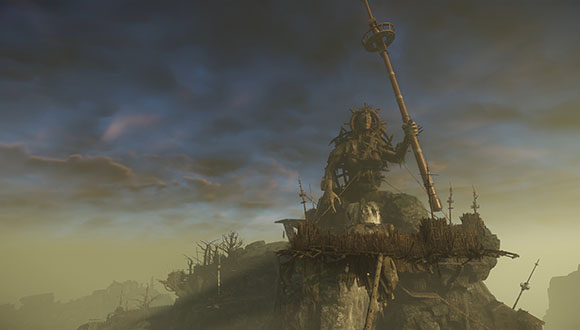 New Quests and NPCs lead you on a path to discover the origins of these Azoth infused waters, the life cycle of the Dryads, and the role the Ancient Guardians played in this region of Aeternum.

What’s a new zone without new creatures to test your skills against? We’ve added the following new enemies, with more still to come in later updates. 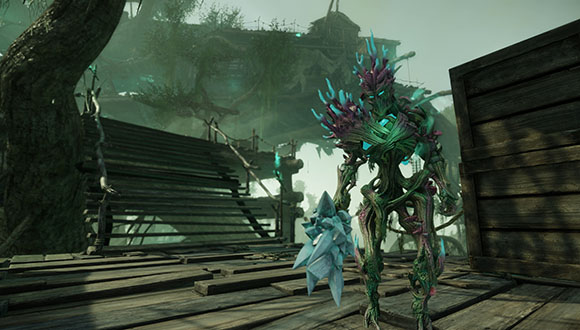 Life on Aeternum is hard. Sometimes you want to slow down, relax a little, and enjoy the beauty of the world. There’s no better way to do that than by terrorizing some fishes with a pole in your hand and a bucket of fish bait at your side.

The first inhabitants of Reekwater found the marshy waters teeming with all manner of fish, and quickly set out to map and take advatage of this new and valuable resource. The quality, and quantity, of fish found throughout the area was far superior to any others found across the island, attracting the best and most esteemed fishing enthusiasts on Aeternum.

We want it to be clear which player an enemy will target and provide more ways players can manipulate threat. Read our previous release notes to learn more about the threat system.

We want our elite and champion enemies to be more challenging and offer unique gameplay twists.

We’ve added a targeted healing system to make it easier for support players to heal their allies.

We’ve added more ways for players to diversify their builds.

Our nameplate system currently has three levels of details (LODs): Full, which shows everything; Medium, which shows the name and guild crest but hides other non-key info like the Chat Bubble; and Small, which is just the small diamond version. 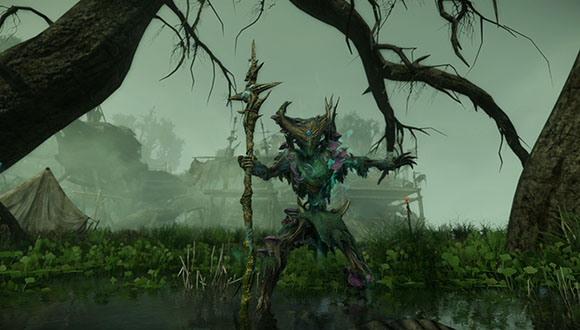