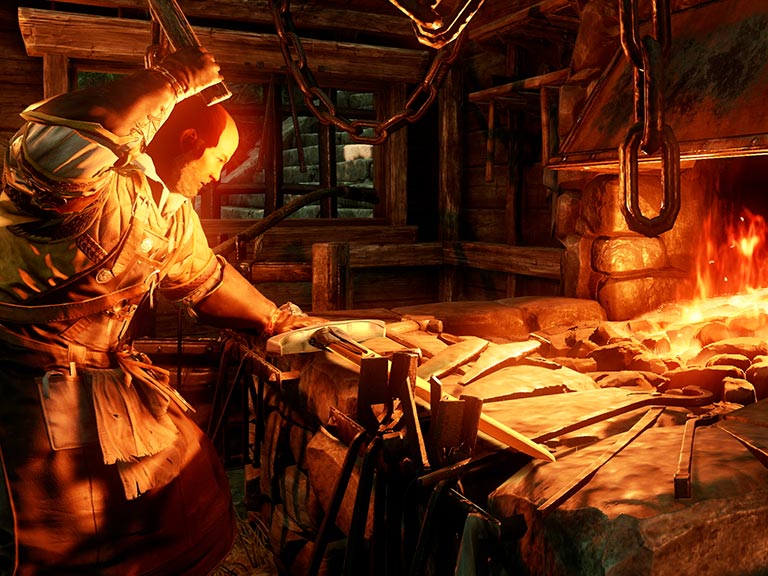 Welcome to a new month of updates for the New World Alpha! This month brings a lot of changes to our crafting system, aimed at giving it immersive depth and meaningful impact on gameplay. Whether you’re gathering items as you run around the world slaying Corrupted or you’re the merchant-master of Brightwood, these changes will make the world of Aeternum feel more rewarding and user-friendly.

We introduced a new melee weapon that excels at quick piercing attacks. The rapier's attacks scale off of a character's Dexterity score. Adventurers will be able to progress two mastery trees:

The Rapier will have 2 crafted weapon perks specific to it in addition to the perks that are broadly applicable to other weapons.

You can go on an epic quest for the legendary rapier, Frozen Lament. 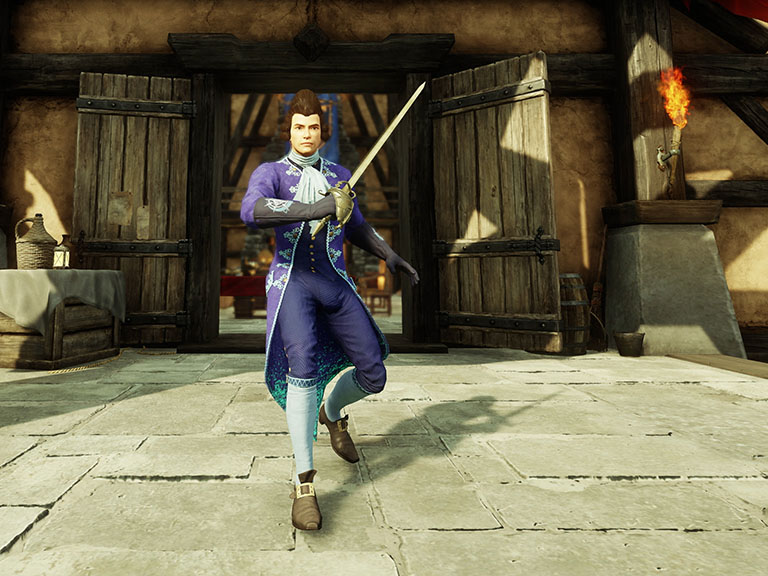 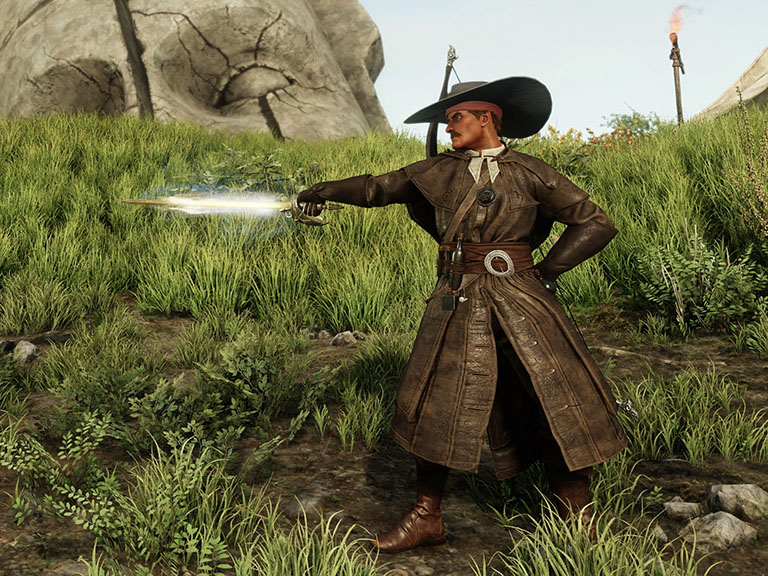 We’ve made major changes to increase the number of items players can craft and added additional functionality to the crafting system. The main goal for these changes is to keep crafting and gathering relevant through end game, while adding more depth, a new interface, and more interesting choices in the crafting system. 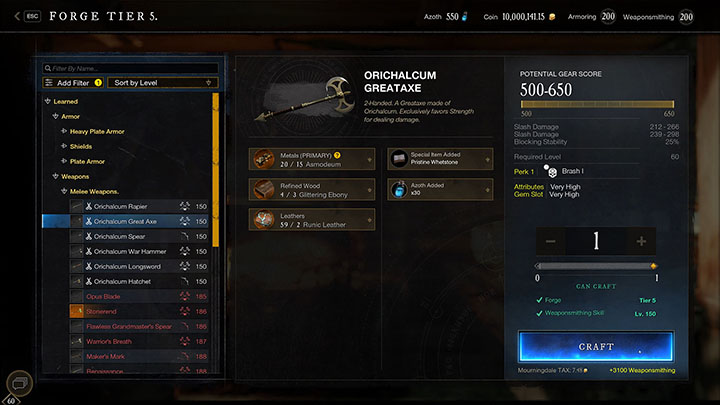 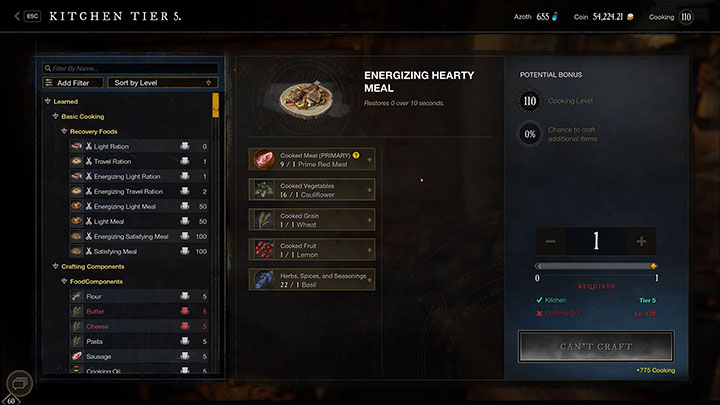 We’re continuing to build on the system to make elite and champion enemies more challenging and change up their gameplay. All named enemies above level 15 now utilize the Elite Enemy System. Each Elite enemy will have 1-3 affixes applied, which change their attacks and characteristics, depending on their difficulty and level.

We've scaled up the visual model of various enemy families and enemies within those families to offer more visual diversity to enemies. Larger enemies will also have larger hitboxes. 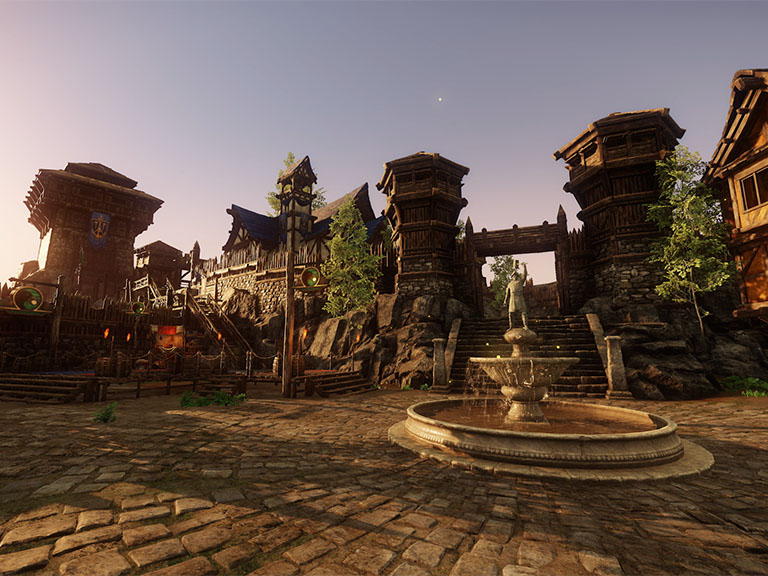 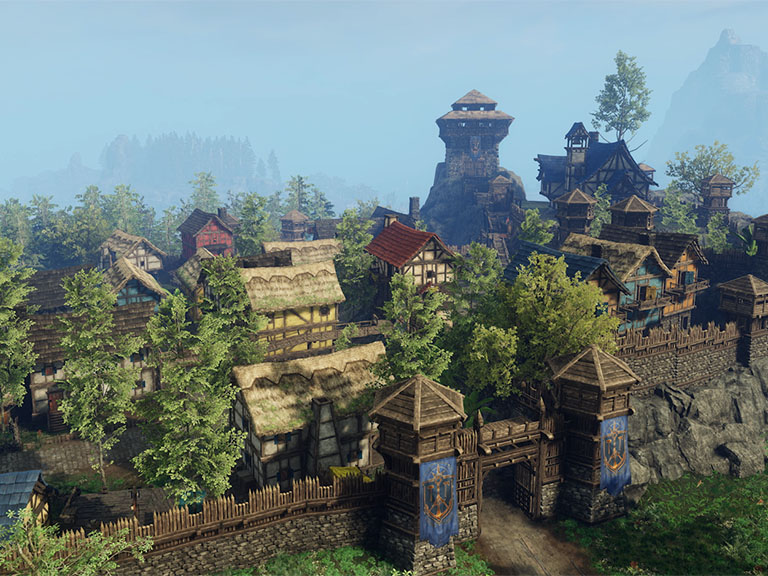 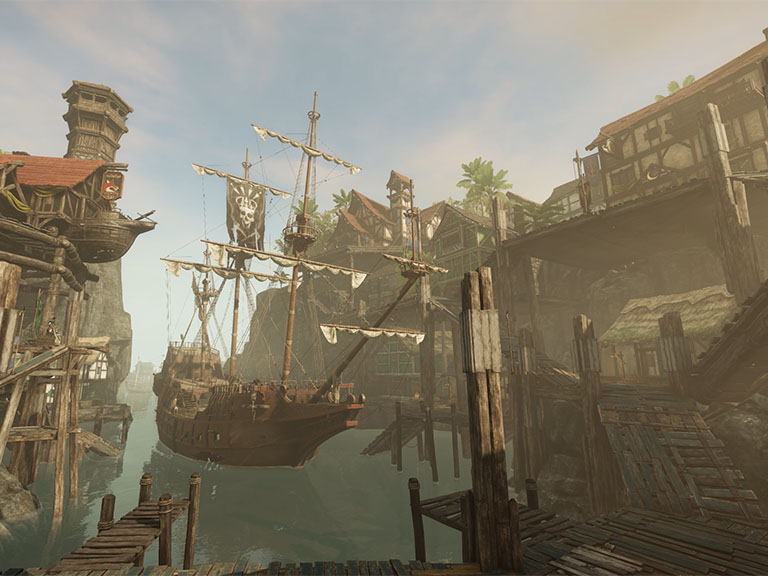 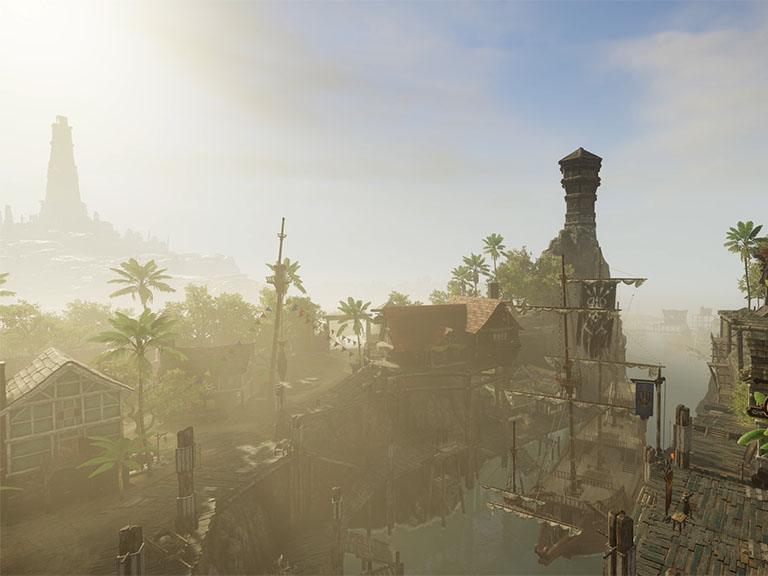 We've updated how group XP functions to make it easier to play in a group: