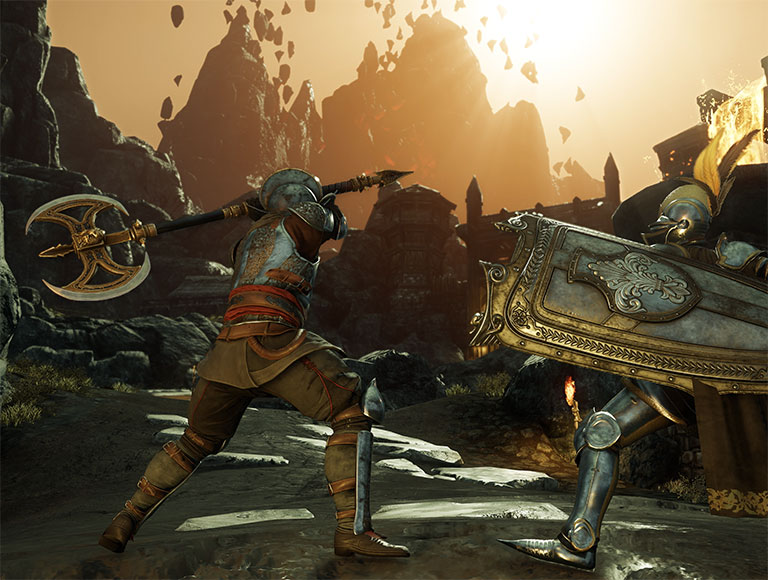 The land of Aeternum is a dangerous place and combat is key to survival in this wild and treacherous land. The December Alpha Release, Forge and Fury, focuses on improving the combat experience within New World (you can also read about our vision for combat in our new blog post). We’ve tuned core combat systems, added a new weapon and type of shield, and introduced the oft-requested PvP duel system.

The Great Axe is a new two-handed melee weapon that excels at large, sweeping attacks. While training with the Great Axe, adventurers will be able to progress two mastery trees:

The Great Axe will have 2 crafted weapon perks specific to it in addition to the perks that are broadly applicable to other weapons. 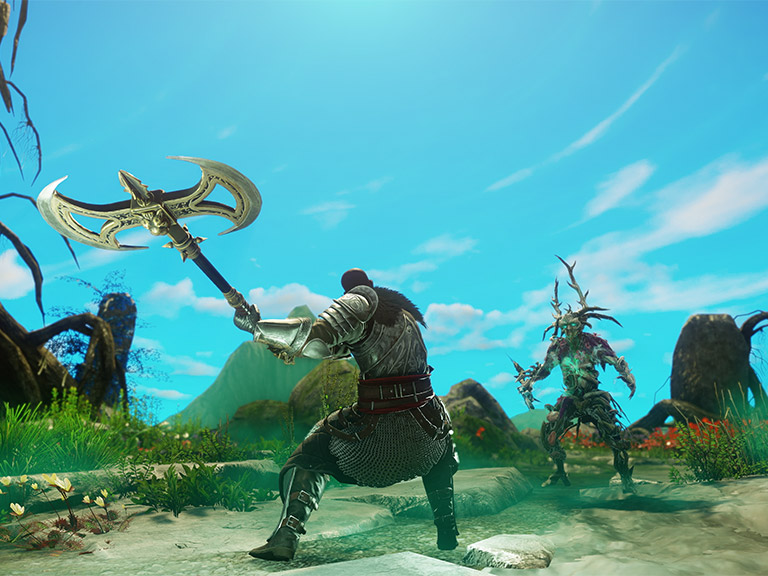 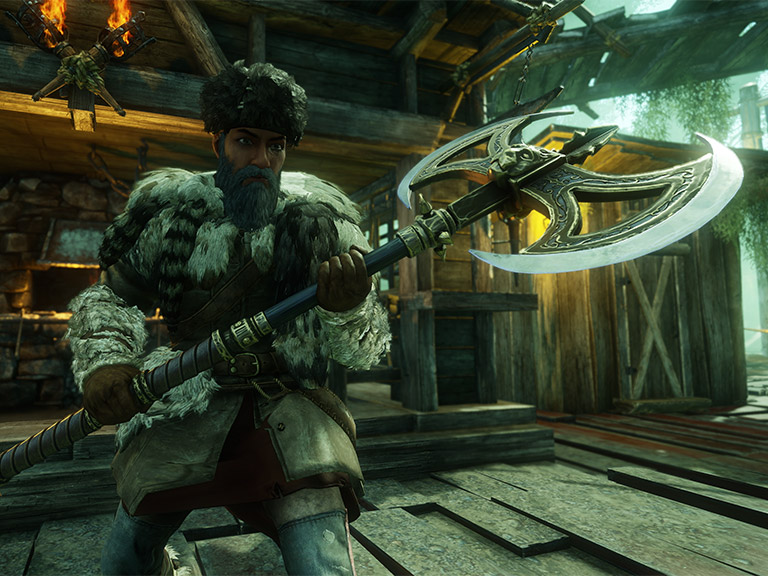 You can also go on an epic quest for the legendary Great Axe, The Reformation.

We want to give players a fun, consequence-free way to practice PvP combat and interact with each other:

Unleash your inner legionary with the the new Tower Shield. The biggest and most powerful shield in New World to date, the Tower Shield can tank all but the greatest of blows from your enemies.

We’ve updated the way shields work for both armor and equipment calculations to. 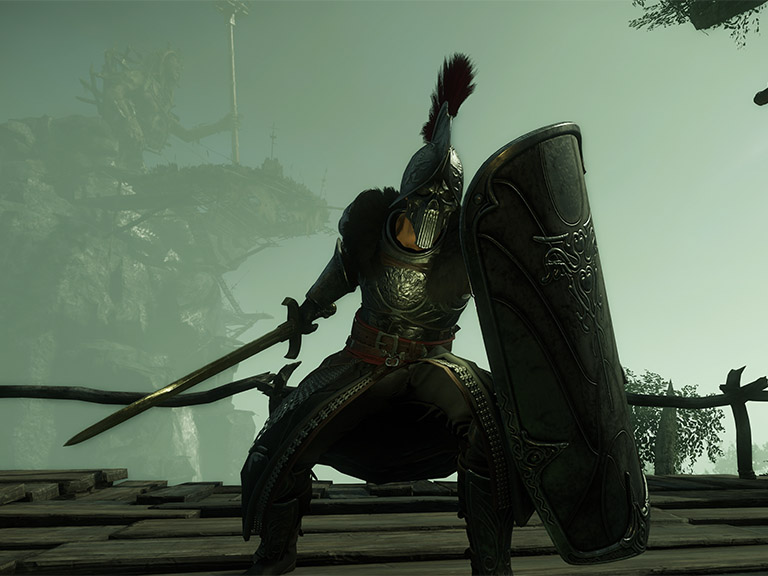 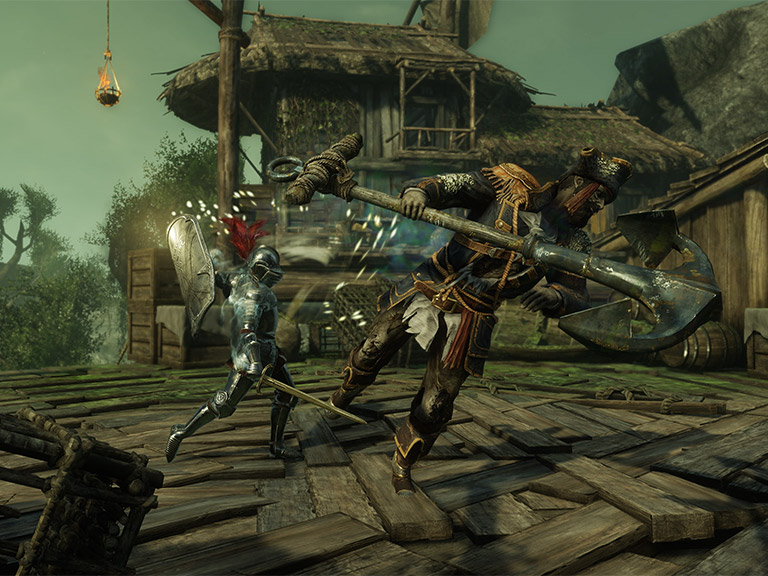 We made some large changes to address combat feedback from the Preview event. For more details on the feedback and why these changes were made, we suggest checking out our article about our vision for combat in New World. 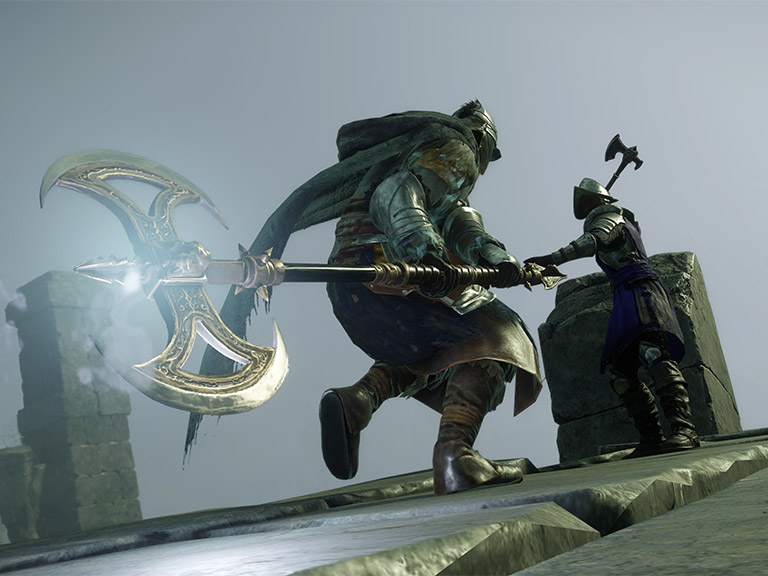 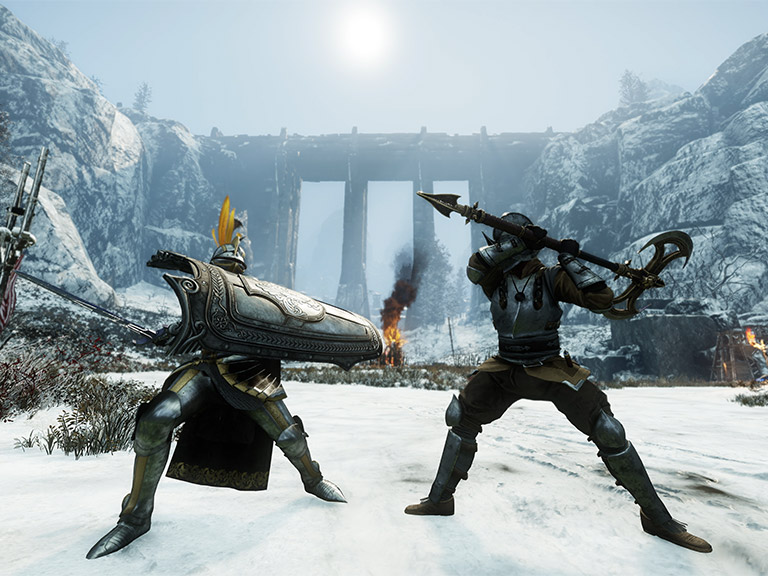 Most of the UI team’s recent work has been on projects intended for future releases, but there are two areas seeing substantial updates in this release:

In this patch, we made a set of item changes to pave the way for future crafting system changes. We’ve added in new gathering milestones, resources, and crafting reagents. In a future update we’ll talk more about how these item changes fit into the overall crafting vision.

Thanks for following along!

In addition to these notes, we’ve shared an article about our vision for the future of combat in New World. We’re excited to keep listening to your feedback, iterating, and making New World the best it can be.