The Void Gauntlet has manifested in Aeternum. Manipulate the powers of the Void to support your allies and debilitate your enemies with this magical damage/support hybrid weapon. It’s the first weapon to scale on both Intelligence and Focus, making it a great pairing with the Life Staff and other magical weapons. Adventurers will be able to progress through two weapon mastery trees, allowing the player to manipulate Void magic in different ways:

With its arsenal of buffs and debuffs, the Void Gauntlet is perfect for group combat and can significantly bolster your allies at the expense of your enemies. 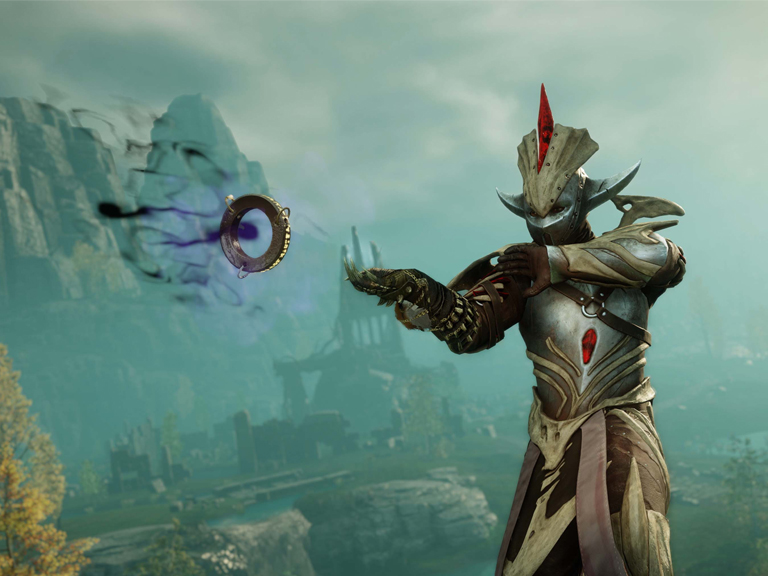 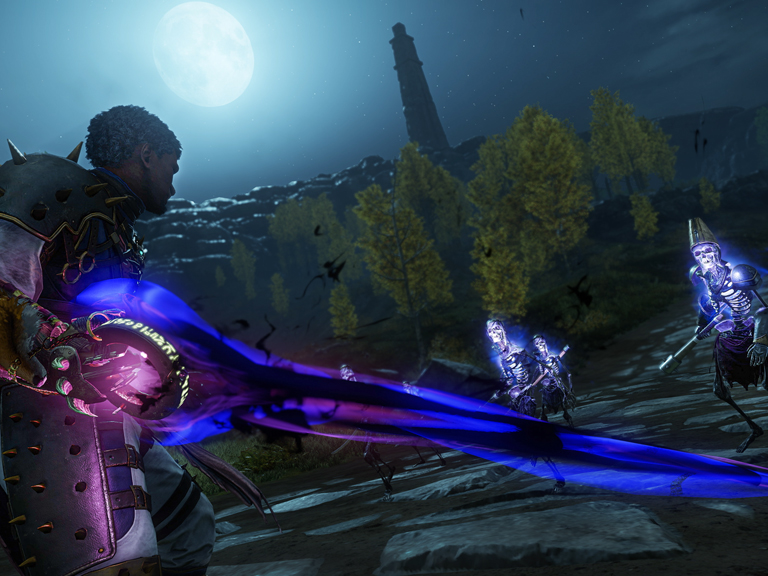 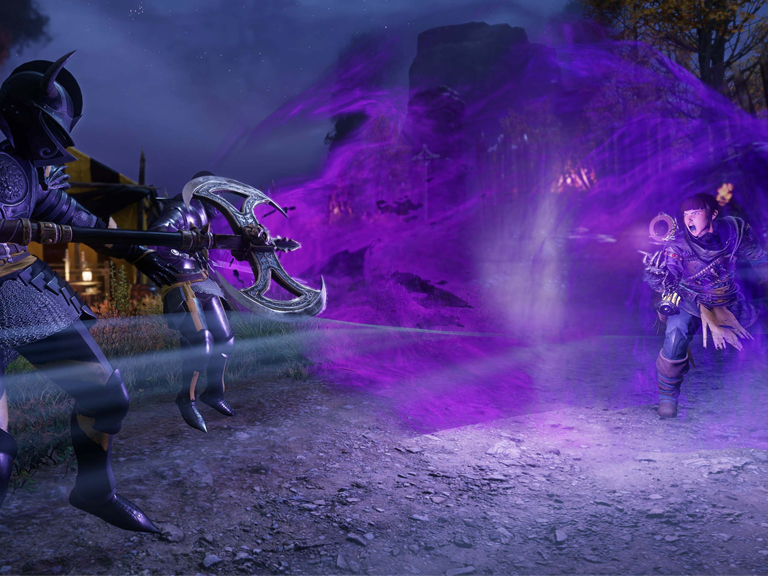 Why these fearsome warriors have arrived is a question to all. Face off against multiple new types of enemies, including the Varangian Hewer, Varangian Scout, Varangian Knight, and Varangian Archer as you ascertain what they are chasing in Aeternum. 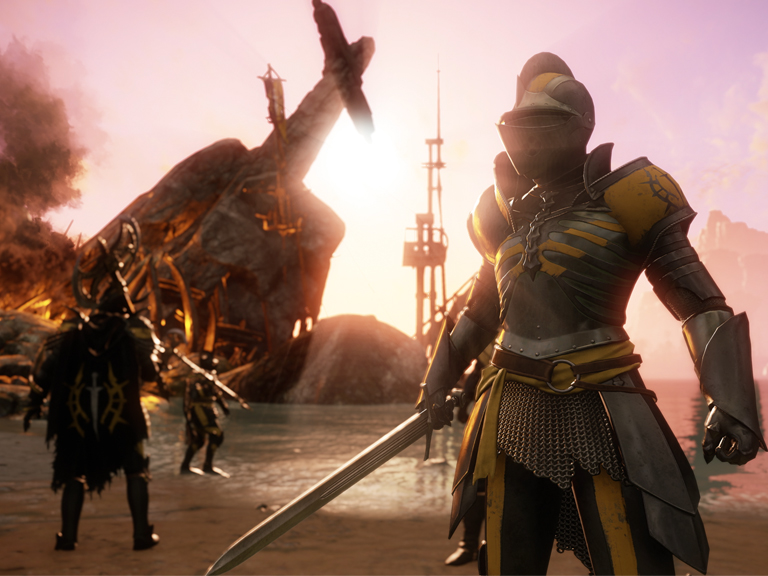 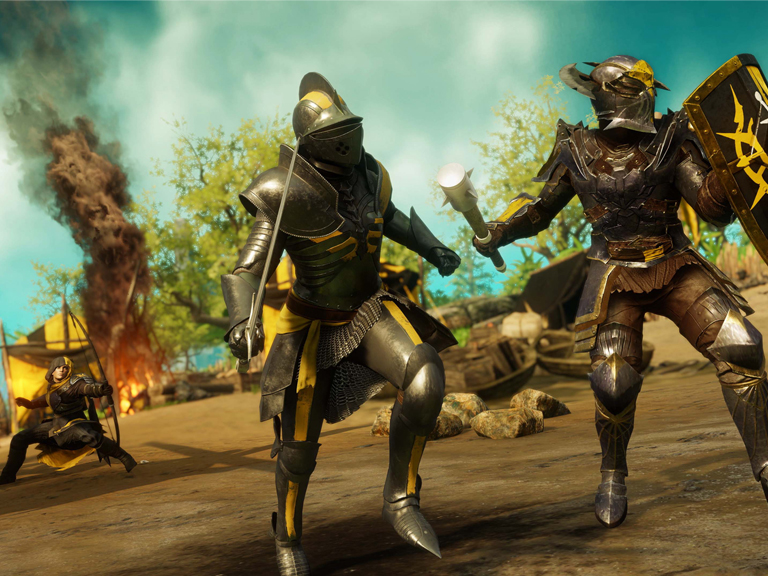 Our goal with with some of the changes below is to make the power of Juggernaut weapon mastery tree stand out a bit more from the Crowd Crusher tree, and funnel some of the power of Shockwave’s Rend to the Armor Breaker’s Rend.

The purpose of the Life Staff adjustments are to move some of the healing power into the light and medium equip loads while reducing some of the power of the tanky healing builds. We also want to make it easier to properly target and heal the correct group members.

We wanted to buff the Throwing Axe tree to make it more useful, buff the Infected Throw ability to make it more viable as an anti-healing ability, and improve the buffering for heavy attacks to make them more consistent to use. We also worked to resolve issues that resulted in missed hits.

Our main goal of the Sword/Shield updates were to make the Leaping Strike ability feel better and to improve the buffering for heavy attacks to make them more consistent.

We updated the Fire Staff to reduce some of the effectiveness of standard attacks due to how powerful they felt in comparison to certain abilities, and updated some abilities to feel more impactful.

Our goal was to buff and adjust some of the lesser-used abilities to make a wider selection of abilities feel viable.

Our goal with the Ice Gauntlet was to tone down the effectiveness of some of the maxed out combinations of abilities while still maintaining their individual usefulness.

Similar to the balance updates of other weapons, our goal was to buff and adjust some of the lesser-used abilities to make a wider selection of abilities feel viable. 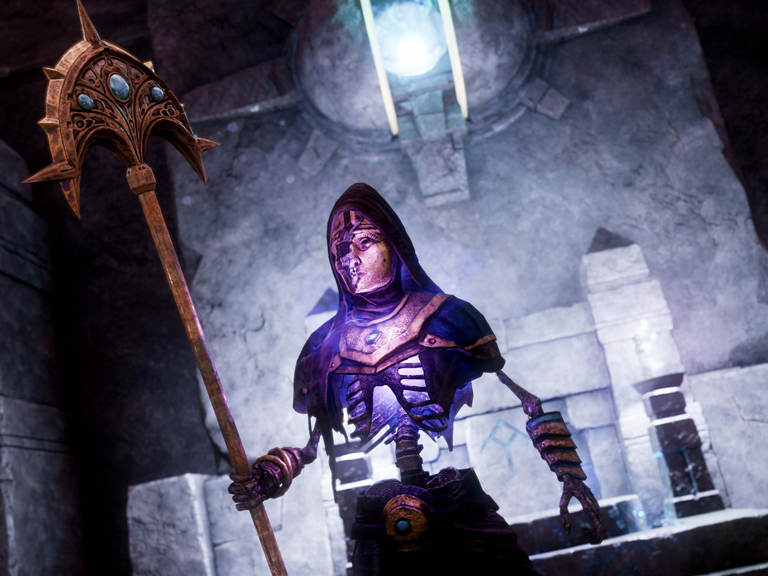 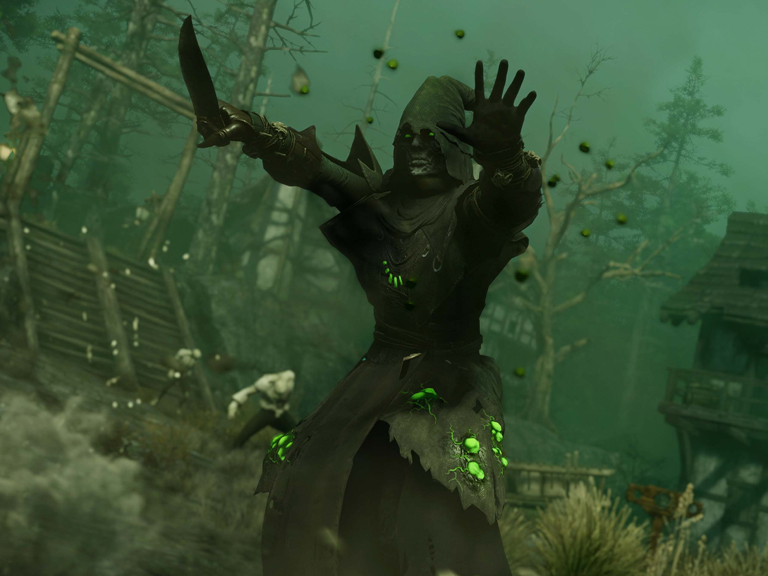 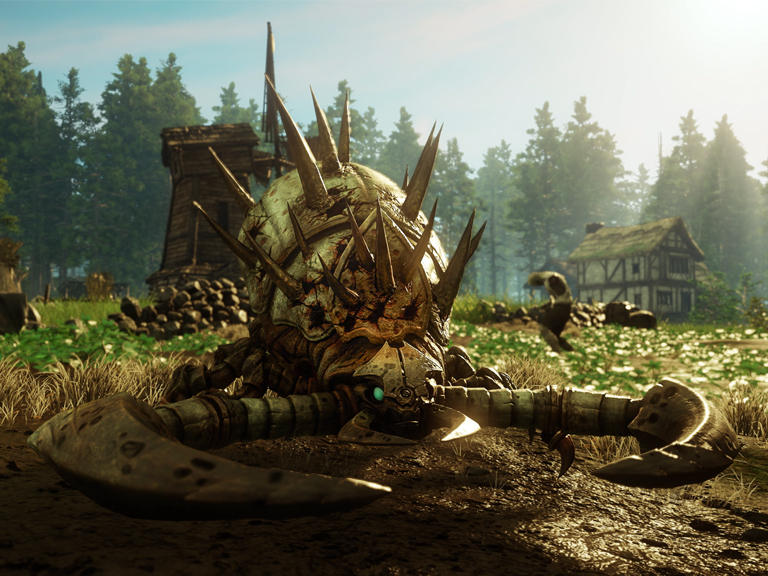 Update: Our team included these additional fixes in the Into the Void update.

Thanks for your support! We’ll see you in Aeternum— it’s time to vanquish some Varangian knights.